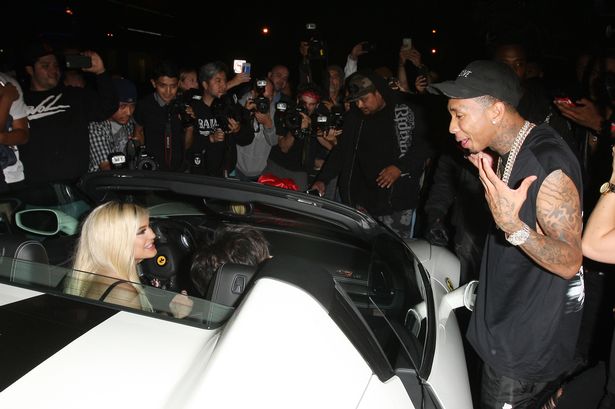 According to sources the Ferrari Tyga gave Kylie Jenner for her 18th birthday had actually been leased in Kylie’s name. wait…there is more…..!

Tyga is worth $4 million, which is f**k-it money rich to you and me, but is apparently considered broke in the rapper world.

Tyga actually leased his girlfriend’s birthday present, a $320,000 Ferrari. The family later discovered that the car was not only leased in Kylie’s name, but she paid for half of the down payment!.

He couldn’t afford to actually buy one for her. He put the lease in her name, so if anything goes wrong financially she’s on the hook paying for it.

According to reports Tyga have already missed the payment, Kylie might lose the Ferrari if he doesn’t pay.