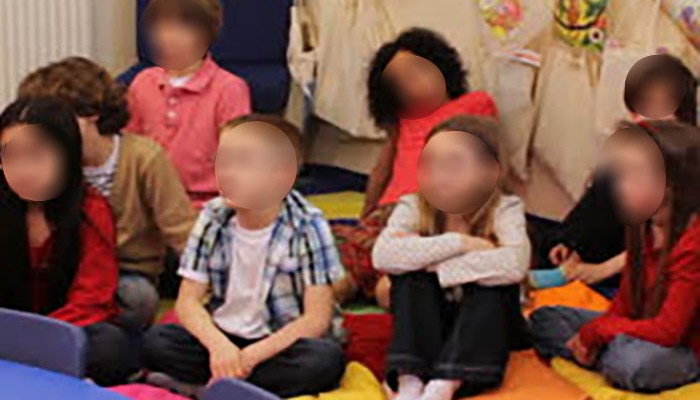 OKLAHOMA – An 11-year-old elementary school 5th grader has been expelled for running “quite a business” during his school day hours.

The young man comes from a family with many financial troubles. His parents, who were reportedly on welfare. With his family’s future in mind, the young boy managed to convince 8 of his female classmates to kiss and hug boys for money.

The principal said, “He was running this business of exploiting his young female classmates for nearly 3 months before getting caught. We became suspicious that something was going on, when lunch attendance began to dwindle. We have had 27 boys and 5 girls come forward admitting they were paying this “wanna be pimp” $3 for a 10 second make out session and $2 for a 15 second hug which included unnecessary groping. The 8 female children he recruited, never got a red cent.”

Authorities estimate that the young man made out with nearly $500 in three months, with many of the other children being “repeat customers.”

Authorities have questioned the parents, but they adamantly deny any involvement in their son’s actions.

The Sheriff’s Department is seeking to press charges on the young man’s parents. Those charges include 32 counts of solicitation of a minor, child endangerment and child neglect.