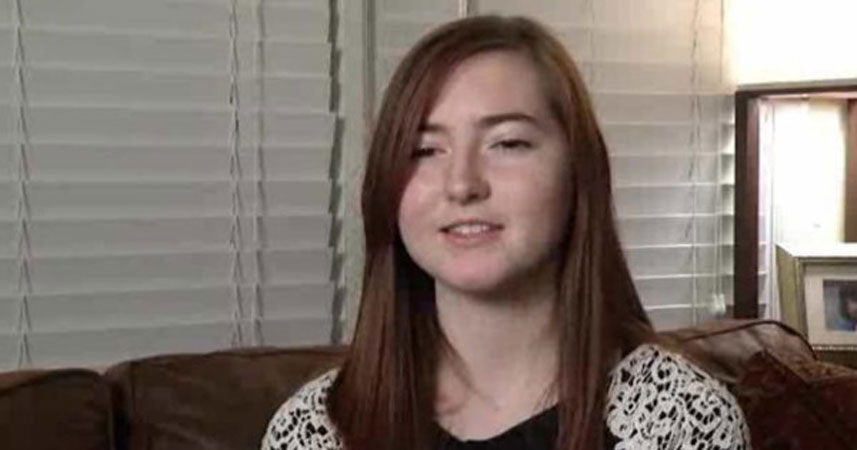 ARKANSAS | 14-year old Allison Ford was kicked out of the of her school for publicly denying the historical existence of Adam and Eve.

According to the report, the young girl allegedly held some “shocking and controversial statements” during a debate exercise in her English class.

She was summoned the next day to meet the school board, and she made many additional “shocking statements” during the interview, which eventually led to her expulsion.

“I told them that I believe in Jesus and in God, but that I don’t think Adam and Eve were real people,” She told local reporters. “I know they teach us that we all come from Adam and Eve, but I always thought that part was symbolic!”

Two days after her interview, Allison was notified over the phone that the school board had decided to expel her definitively from Jack Robey Jr. High School for “repeated violations of the school’s code of conduct”.

“I can’t believe I was kicked out for that!” she said. “I never got into any trouble and I have good grades, but I get expelled because I believe in the theory of evolution!”

Allison’s parents are considering the possibility of filing a lawsuit against the school.

Jack Robey Jr. High School is known for teaching the doctrines of Creationism as facts while presenting Darwin’s theory of evolution as a controversial and unproven claim.

Dozens of students have been expelled from the institution in the past for denying the existence of God or Jesus Christ, but this is the first time that a student is expelled exclusively for not believing in the historicity of Adam and Eve.