“P.O.P, Hold It Down” Donna Goudeau Murdered In Prison 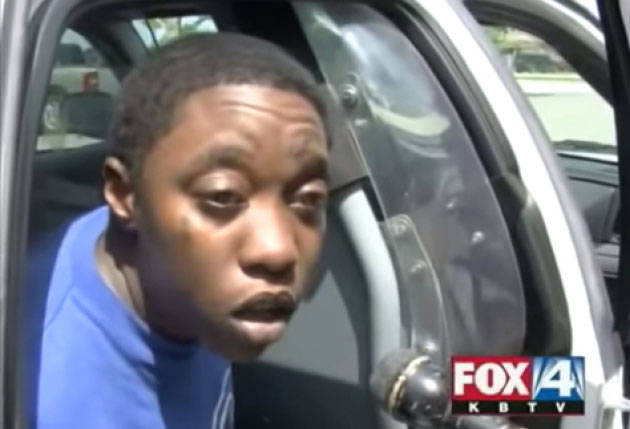 PORT ARTHUR, TX – Donna Goudeau, who is known for saying “POP Hold it down”, “barely”, and “I’m legally blind”, was stabbed to death with blade in prison after getting into a fight with another inmate.

Donna Goudeau became popular in 2014 after footage of her arrest in 2011 went viral on the internet. Donna Goudeau, Keyron DeWayne Elmore and Jeremy Jomard Goudeau were arrested for the beating, robbing and stabbing of a 73-year-old Kansas man by the name of Juan Sustiata. Donna was sentenced to 18 years in prison and was scheduled to be released in 2029.

Witnesses say Donna and Victoria began arguing on something before things heated and Hendricks pulled out a blade and stabbed Donna to death. Victoria Hendricks was already serving a 32 year prison sentence prior to the murder.