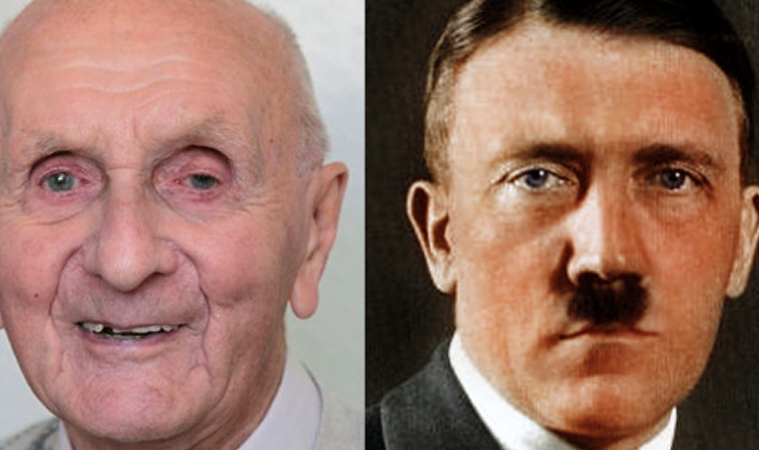 An elderly man from Salta in Argentina claims that he’s the German dictator Adolf Hitler and that he spent the last 70 years in hiding.

In an interview with El Patriota, the German immigrant explains that he arrived in the country in 1945 with a passport identifying him Herman Guntherberg.

He claims that his passport was a fake one and that he’s actually the former Nazi leader, Adolf Hitler.

He says he’s decided to come out of hiding after the Israeli secret services officially abandoned their policy of pursuing former Nazi war criminals.

“I’ve been blamed for a lot of crimes that I’ve never committed. Because of that, I’ve had to spend my life hiding from Jews.”

The elderly man claims he’s preparing to publish his autobiography in order the restore his public image.

“I’ve been depicted as a bad guy only because we lost the war. When people read my side of the story, it will change the way the perceive me.”

He says his book will be written under the name Adolf Hitler and should be available later this year.

Ms. Martinez claims her husband never spoke about Hitler until approximately two years ago when he began showing signs of Alzheimer’s disease.

“Sometimes, he would forget who I was and where he was. He looked like he was in trance, and he would start talking about Jews and demons. Then he’d come back to normal.”

She believes her husband may possibly have been a Nazi and that he may feel guilty about his past, but she’s convinced he’s not Hitler.

Even if the elderly man’s claim seem rather questionable, they have sparked an animated debate in Israel and in the American Jewish community concerning the future of surviving Nazi war criminals.

Mossad had proved its ambition and global reach in the past with the capture of Nazi war criminal Adolf Eichmann in 1960 in Argentina, but it has abandoned this mission over recent years.

The Wiesenthal Center, which is still trying to find and prosecute Nazi criminals, has publicly criticized Israel in March, saying the Jewish state was ‘barely cooperating’ to its mission.

More than 70 years after the end of World War 2, few states and institutions are still trying to find and prosecute the surviving Nazis and most of them will certainly die without ever being punished for their crimes.