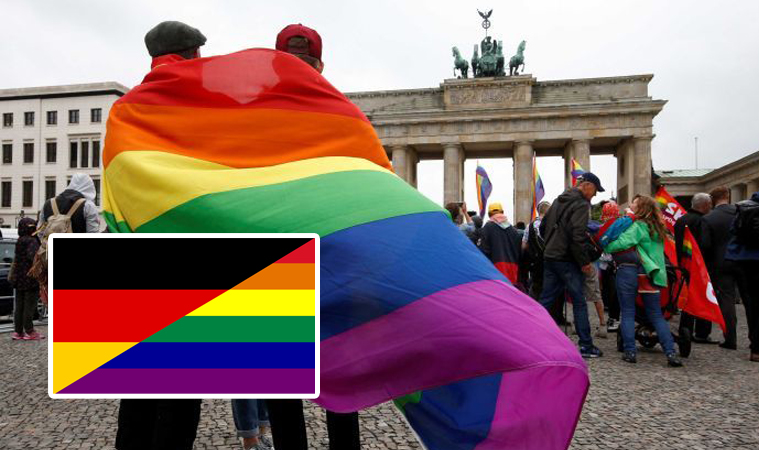 BERLIN | German lawmakers voted Friday to legalize same-sex marriage after debate, bringing the country in line with many of its Western peers.  Lawmakers voted 393 for legalizing “marriage for everybody” and 226 against, with four abstentions.

The rainbow flag, commonly the gay flag and LGBT pride flag, is a symbol of lesbian, gay, bisexual, and transgender (LGBT) pride and LGBT social movements. The flag is used as a symbol of gay pride and is now used worldwide.

The German lawmakers has voted for same-sex marriage to be legalized across Germany. The ruling brings to an end more than a decade of bitter legal battles.

Martin Schulz said  “The ruling was a victory for Gay People. When all Germans are treated as equal, we are all more free.”

Germany has allowed same-sex couples to enter civil partnerships since 2001, but has not granted them full marital rights, which include the possibility to jointly adopt children.

Germany’s basic law is vague, saying only that “marriage and the family shall enjoy the protection of the state,” but Merkel said that for her “marriage as defined by the law is the marriage of a man and a woman.”