Mother has been arrested for stabbing her own children to death… 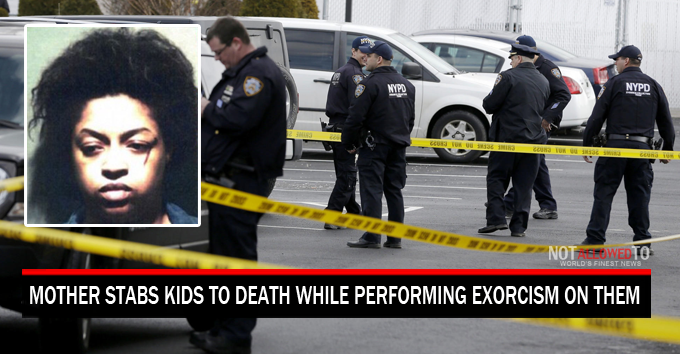 Police have arrested and charged Monifa Denise Sanford and Zakieya Latrice Avery with murder in the deaths of two of Avery’s children, a 1-year-old and a 2-year-old.

Police were called to the home where the women lived on Friday. A neighbor called 911 after noticing a vehicle with the door open and a knife laying outside of the vehicle. Avery was arrested when authorities say she tried to flee from a townhouse near the vehicle.

Police found the two children dead inside the home, and their siblings and Sanford were taken to the hospital with injuries. Police say Sanford was arrested Saturday after being released from the hospital.

The older children who were injured were identified as 5-year-old Taniya Harris, a girl, an 8-year-old Martello Harris, a boy.