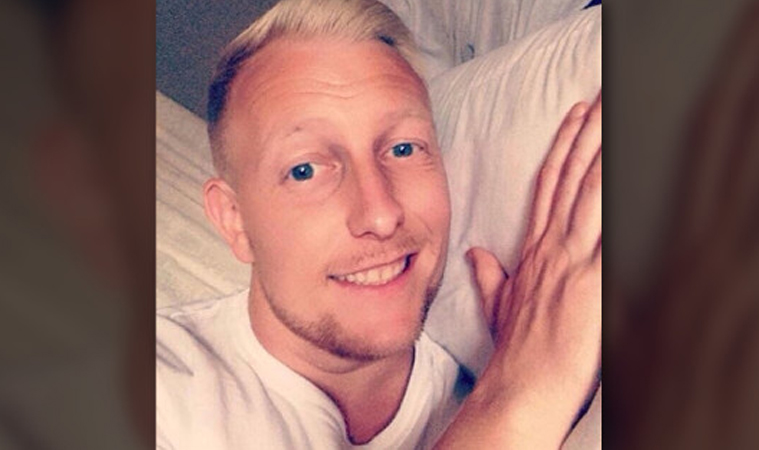 CA | A man is being treated at the San Mateo Medical Center after his boyfriend’s fist was stuck in his own rectum.

Both men were transported by ambulance to San Mateo Medical Center where hospital staff successfully released the man’s hand, a complicated task due to heavy inflammation, blood loss and risk of laceration, say doctors.

“I know I’ll never have the opportunity to give birth in my lifetime, but I think I know what it feels like now” Mathew Cunning, 23, told reporters.

“I just talked to my mom on the phone and she told me she had felt the same thing when she was in labor,” he admitted.

“My mom was really supportive through this whole ordeal. She talked to me on the phone the whole time the doctors were trying to get Hernando’s hand out of there. She’s just the greatest,” he added in tears.

The couple firmly believes that, had they used lubricant, the trip to the hospital could have been avoided.

“I usually use Crisco or vegetable oil but we were out of everything. It was definitely not our lucky day” admits Iglesias, visibly amused by the media attention.

“It happened so fast. One second, we were cuddling and enjoying ourselves, and moments later, we’re in an ambulance and my fist is stuck in Matt’s butt. It was unreal,” he recalls.

“Matt is a real hero, he handled the pain like a real soldier. The hospital staff was awesome. They found me a bed so I could sleep a few hours through the procedure,” he added.

Matthew Cunning, who has lost a large amount of blood and received an impressive 37 stitches, is set to be released from the hospital in the next few days and should not endure any permanent damage from the incident, say doctors.