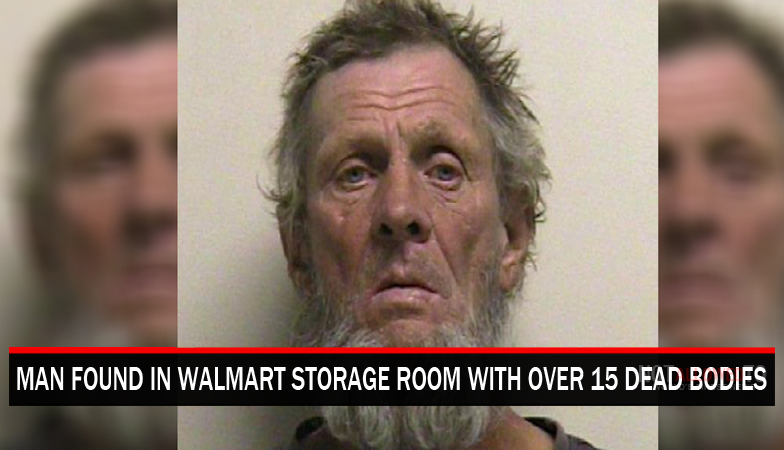 ALABAMA – A homeless man, who has yet to be identified, was arrested on Friday after a Walmart store employee found him hiding in the store’s old storage room. Police found over 15 bodies in various states of decomposition in the storage room.

“We believe that this man, who will not give us his name and who does not appear to be in our systems, moved into the old storage room of the local Walmart almost 6 months ago, after the store was remodeled,” said police captain Steve Gill. “So far, we have identified several of the victims, but will not be releasing names until the families are notified.”

The homeless man, who people are calling “The Skinner” (as he skinned most of dead bodies), reportedly had been living in the Walmart for long time, but went unnoticed as a remodel of the building had boarded up a segment of the old warehouse and storage room.

“There was no way into the storage room from the inside of the store, and the outside was covered by brush and trees that had been planted or grown wild over time,” said the store manager, Jimmy Larson. “It appears this man was able to move in and out of the building without being seen by using this door, which was not connected to our alarm systems.”

According to police, they are charging the man with first degree murder, in a total count of 16 cases, although they are still determining the total number of bodies discovered. Medical examiners say that most of the victims were between 16 and 26 years old.