Home » Celebrities » Leonardo DiCaprio “Gets Raped By A Bear Twice”

Leonardo DiCaprio “Gets Raped By A Bear Twice” 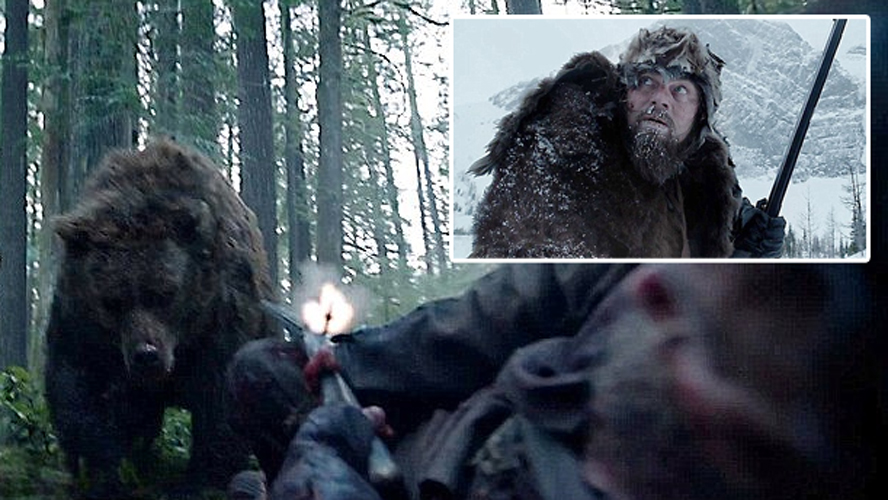 The film that will get Leonardo DiCaprio An Oscar, he is allegedly raped by a bear, not once, but twice.

In “The Revenant” The bear flips Leo over and thrusts and thrusts during the explicit mauling. He gets raped — twice! The Revenant, which is to be released on Christmas day, is the story of Hugh Glass who is living on the north American frontier in the early 1800s.

Sources told that there is a scene of an attack by a bear, in which it does appear to be thrusting. Fox have also warned moviegoers that they will see their idol sodomised by a rogue animal, saying ‘The bear in the film is a male who attacks Hugh Glass. There is clearly a rape scene with a bear.

[Those scenes] — amongst many other sequences — were some of the more difficult things I’ve ever had to do in my entire career. But the end result is going to be one of the most immersive experiences audiences will ever have. It is absolutely startling and shocking, and its completely stylized way that a lot of people never experienced.’– says Leonardo DiCaprio in an interview.