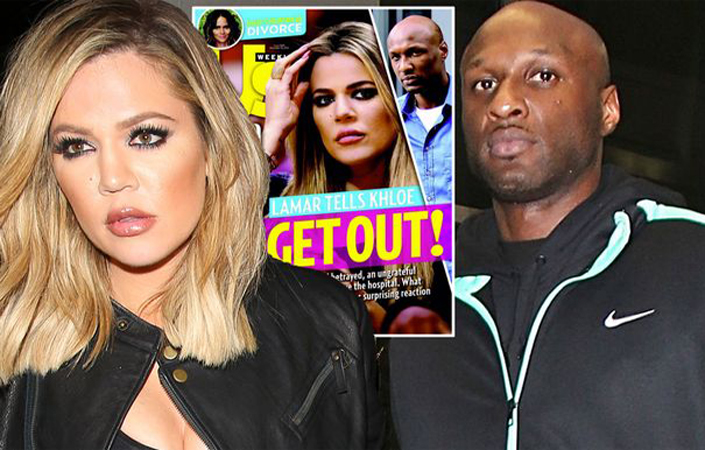 Lamar Odom has reportedly accused Khloe Kardashian of using his near-death experience for “FAME” after being at his bedside following his recent collapse.

After Lamar Odom was found unconscious in a Nevada his estranged wife, Khloe Kardashian, flew to his side, was with him when he was discharged and transferred to a rehab, and she didn’t leave until Halloween.

She kept telling Odom how much she loves him, and then she proceeded to call off their divorce.

But now Khloe declared that she is still in a relationship with James Harden who she had dumped for her ex, although James Harden had dissed her after she left him for Lamar.

“James has been very supportive and awesome. He totally understands Kardashians will do anything for ratings.” Khloe told reporters. “He’s been great with me.”

Lamar Odom regained enough strength days ago. He was told how Khloe had kept his kids from having full access to him, and then accused her of using his condition to elevate her own family fame and ratings.

“Lamar said he needed space, doesn’t want khloe around and wanted to be alone,” the exclusive source told reporters. “He told her to get out.”