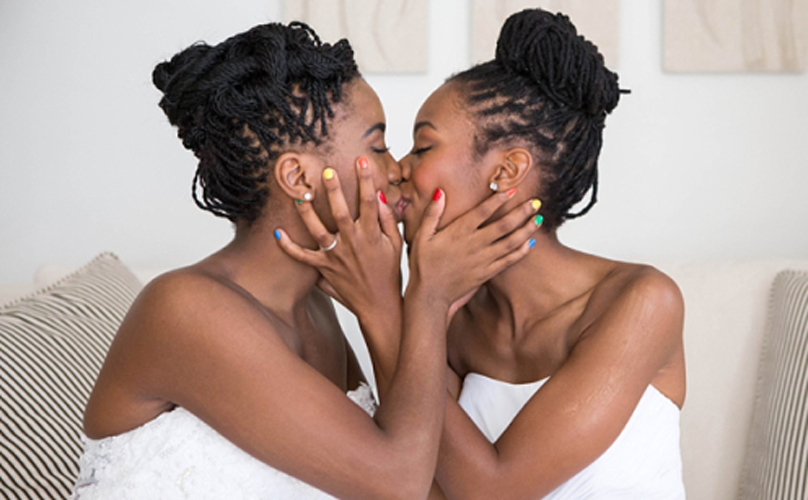 Black women choose lesbianism when they’ve had enough of fooling with “trifling” black men. It’s an act frustration, and more importantly, it’s a sign of desperation. Most men have wronged many black women. But this isn’t a reason for you to jump ship.

Many black women “suddenly” develop a taste for peach cobbler instead of the almighty sausage. I recently spoke to a close friend, and she said: “And since we generally aren’t attracted to other races, the next best thing is to date ourselves.”

“Who knows a black woman better than other black women,” she continued. “We turn to one another for support, comfort and affection. The concept of monogamy between black men and black women has become a fantasy to me. Why would I waste my time chasing a dream when I can have my needs met by someone who feels what I feel?”

It’s no secret that black men and black women are getting divorced more now than ever before (70 percent). Experts contend, dates back to the days of slavery when black women were forced to survive and raise children on their own, without the assistance of a male companion. In turn, black male slaves were forced to procreate with other female slaves to give their owners more livestock. These behavior patterns have been passed on from one generation to the next, experts say.

“Black men aren’t good fathers,” one woman said. “They’ll screw anything with legs,” said another. “I’ve given half of my life to black men and all I’ve been left with are stretch marks and past due child support payments,” said the other.

Women typically experiment with lesbianism after they have endured the emotional trauma that often results from dating lousy male partners. They all admitted to once being attracted to men, but their reasons for switching were all the same: infidelity, physical and verbal abuse, financial instability, etc.

Growth in relationships between equally “feminine” women, indicates what could potentially be a mass exodus from the norm as it relates to monogamy in the black community.

Then again, I’m one of those people who believe that God’s original human creations were “Adam” and “Eve” not “Eve” and “Eva.” You know what they say: playing with nature is a dangerous game.