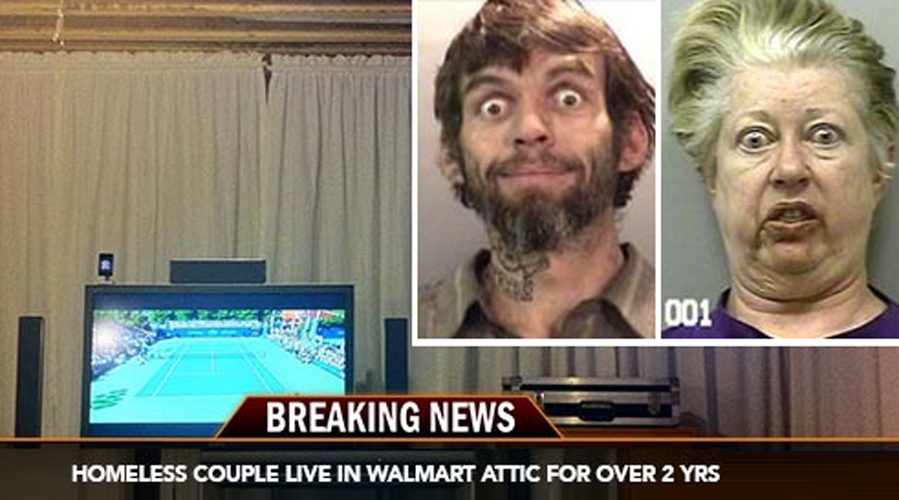 TENNESSEE – A homeless couple had been “living in the lap of luxury” above a Walmart store. The ‘homeless’ man, 38-year-old George Allan, admitted to police that he and his girlfriend 40-year-old Marissa Malone, had been living above the store for over two years. What they did to the attic, baffled police and store employees.

“These people really got one over on Walmart,” said Lieut. Marshall Weiss. “In the attic, we recovered 2 pounds of meth they had somehow produced on a hot plate. They also managed to get food, drinks, mini refrigerator, a big screen TV, surround sound system, bedroom set, hangers, clothes… I mean, if Walmart sells it they had it. These people were living good!” The couple was discovered when employees in the break room heard sound from above. Apparently the couple was having fun when the new headboard to their bed, which they also took from the store, was banging against one of the attic dividers.