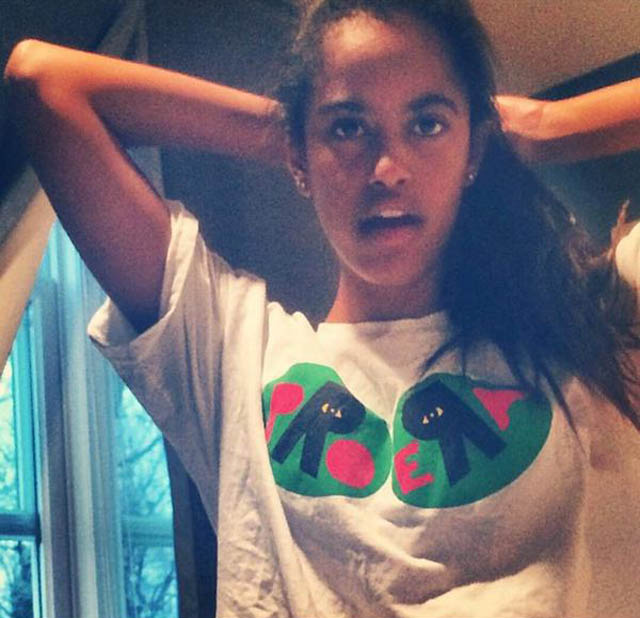 Malia Obama a 16-year old teenager, and U.S. president’s first daughter, enjoys taking a selfie every now and then. Her selfie found its way online and went viral.

Her status as the president’s daughter prohibits her from having a public social media account. And Obamas’ strict control of the media around their girls.

In it, Obama is snapped wearing a shirt that says “Pro Era.” Pro Era, also referred to as Progressive Era, is a hip-hop collective that includes popular rapper Joey Bada$$, and started in Brooklyn. According to New York mag, the picture first popped up on Pro Era’s Twitter feed, and from there, went viral.

A representative for Joey Bada$$ shared with Gawker that the photo came from “a mutual friend of Malia and the pro era member.” Pro Era has gone on to use the photo to promote their merchandise.

Remember when she went to Lollapalooza in Chicago last summer to see Chance The Rapper? She took this cheeky selfie with a young girl, which also went viral: