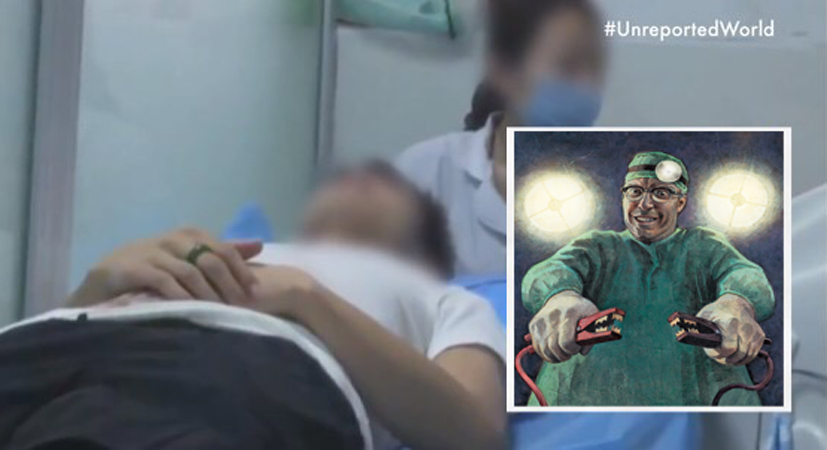 LGBT activist goes undercover to report on ‘conversion clinics’ who claim they can ‘cure’ gay people.

According to Confucius, ‘having children is the most important thing a person can do for their parents’ and, that it is often parents who submit their children for these proven conversion treatments.

Electroconvulsive therapy (ECT), also known as electroshock therapy and often referred to as shock treatment is a psychiatric treatment in which seizures are electrically induced in patients.

They claim that after a total of 3 sessions they have a 78% conversion rate to cure you of all your gayness. The head of this new wave of curing homosexuality, Doctor Bruce Dane stated:

“9 times out of 10 if your gay you were molested at some point in your childhood, but don’t worry we can cure you, so if you come to us crooked you will leave straight”

DON’T FORGET TO LEAVE YOUR COMMENTS ABOUT VIDEO ON CURING HOMOSEXUALITY WITH SHOCK THERAPY.