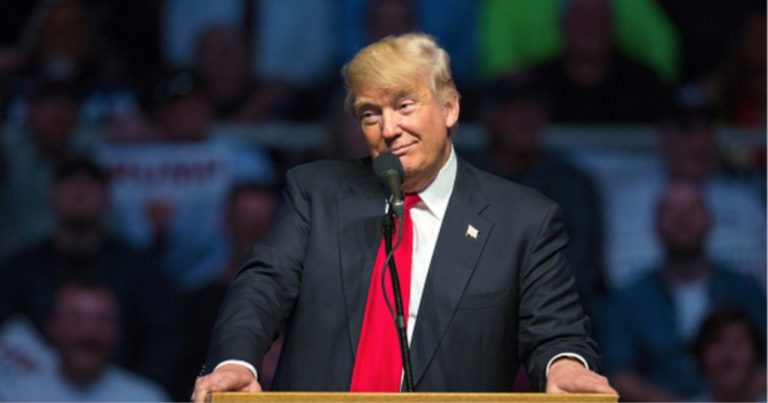 Donald Trump campaign is hit by a major scandal and $100 million lawsuit stemming from the private parties held by billionaire and known pedophile Jeffrey Epstein.

According to the lawsuit, a woman named Katie Johnson, claims Trump took her virginity in 1994 when she was 13 year-old and being held by Epstein as a slave.

Johnson claims that Trump and Epstein threatened her and her family with bodily harm if she didn’t comply with all of their disgusting demands. The Trump campaign has been on this immediately, calling it absolute nonsense. Trump himself told the Daily Mail online:

The allegations by the woman are not only categorically false, but disgusting at the highest level and clearly framed to solicit media attention or, perhaps, are simply politically motivated. There is absolutely no merit to these allegations. Period.

The lawsuit also names another girl who allegedly served as a fourth in the sordid games of Epstein and Trump. According to the lawsuit filed in California on Thursday:

The Plaintiff, Katie Johnson, was subject to extreme sexual and physical abuse by both defendants, including rape. She was enticed with promises of money and a modeling career to attend a series of underage s*x parties at the Manhattan residence of Defendant, Jeffrey E. Epstein, and attended by Defendant, Donald J. Trump.

A woman named as “Tiffany Doe” was a close employee of Epstein who was also known as his “party planner.” Tiffany is named as one of the witnesses for the plaintiff. The suit alleges:

Teenagers and pre-teen girls’ were used as s*x slaves by Epstein and his business associates, ‘including Defendant Trump.’

On the first occasion involving the Defendant, Donald J Trump, the Plaintiff, Katie Johnson, was forced to manually stimulate Defendant Trump with her hand on his erect penis until he achieved sexual orgasm,’ the lawsuit states.

During a second alleged encounter with Trump, Ms Johnson was forced to ‘orally copulate’ the real estate mogul and on a third occasion she was forced to perform ‘an unnatural lesbian act’ for Trump with a fellow minor aged just 12, identified in the suit as Maria Doe.

After this act both underage girls were forced to orally copulate Defendant Trump. After zipping up his pants, Defendant Trump pushed both minors to the floor. Trump then allegedly forced Ms. Johnson onto a bed where he raped her violently.

The Daily Mail tried to verify the accusations independently but couldn’t. Trump will certainly continue to call this a lie until the end of time, so it will be interesting to see how much pans out in court — if he lets it get that far.