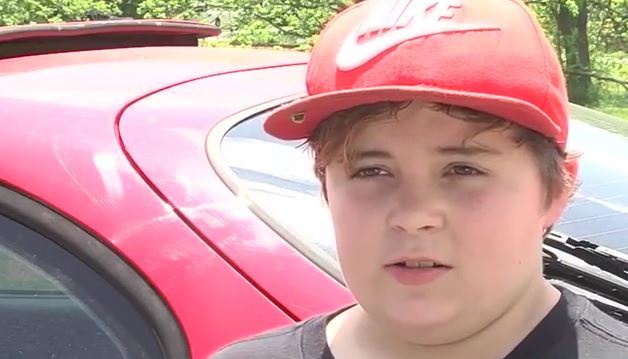 Talladega, Alabama | I don’t know if my house ever got robbed when I was 11 but, I am sure I would not have reacted like this guy.

Apparently, the 11 year-old Chris heard someone downstairs and decided to unload 12 rounds from a 9-mm gun to get the intruder out of his house. Not only did he shoot the guy in the leg, he described the intruder crying on the floor as ‘a big baby’ live on the news.

One morning when Chris was alone in his home and he heard a noise. Chris knew none of his family member were home so he grabbed a 9-mm gun and chased the intruder out of the house.

The guy said he was going to kill Chris but he wasn’t having any of it and pulled the gun on him so the intruder began to run.

He had a stolen hamper with him so Chris went after him to get it back, firing the gun 12 times towards the intruder as he tried to escape, with the final bullet hitting him in the leg.

He told WVTM 13 News: “He started crying like a little baby.”

Well the baby learned his lesson.