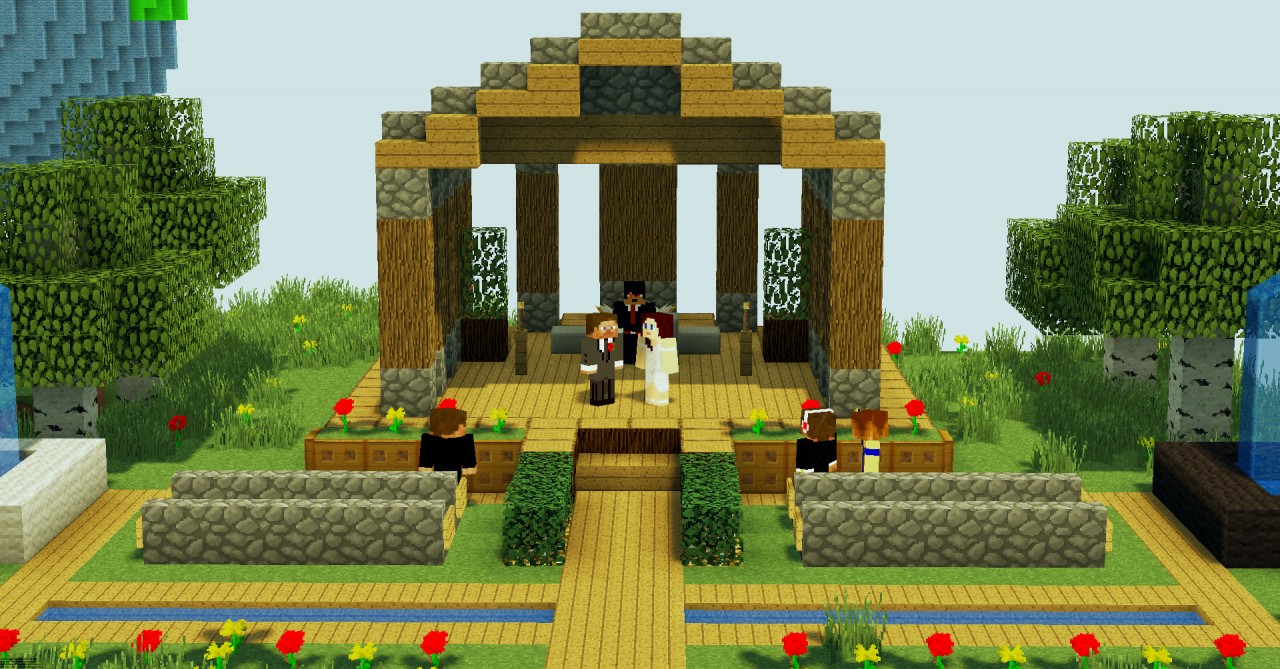 CALIFORNIA – A young couple have spent over $ 250,000 to organize most spectacular wedding in the history of the popular computer game, Minecraft.

After his girlfriend said “yes” to his online proposal, 28-year-old Mr. Shawn, decided to organize their wedding in the virtual world in which they had met. He bought thousands of in-game resources and items, to create an extremely lavish and extravagant ceremony, in a specially designed virtual landscape.

“I spent over 2000 hours and 250,000$ to make it perfect, but it was totally worth it!” he told Geek magazine. “I hired a real pastor to perform the ceremony online and we both had some witnesses present, just like a real wedding. We invited dozens of our friends to the ceremony, and over 500 guests showed up. It was certainly the most incredible event in the history of Minecraft, and we are both extremely happy.”

The young couple now wants to get married in real life, but they don’t intend to spend nearly as much.

“We already had our dream wedding” says Cyndi Lewis. “It had the flowers, the nice dresses, the cake… everything! I’m already overjoyed, so the other wedding can be really sober and inexpensive.”

Virtual weddings are a new trend among video game adepts, and an increasing number of games now allow players to get married with each other. The debate about gay marriage has even transported itself in the gaming community, and many games have now authorized same-sex wedding.

According to Geek magazine, the couple’s virtual wedding is by far the most expensive ever recorded. The previous record was held by a Korean couple which had spent 85,000$ on their wedding in 2013.