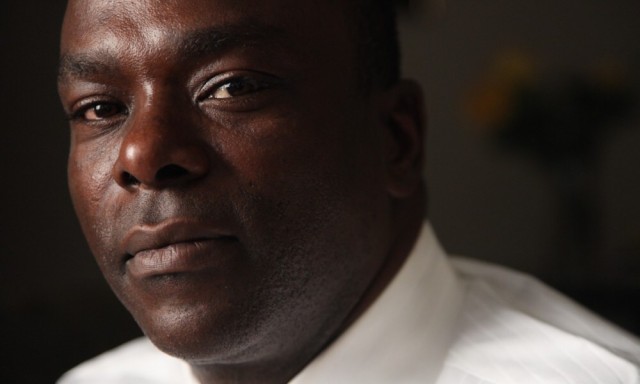 Kirk Odom was convicted of raping and robbing a woman in 1981. FBI “experts” and their forensic tests concluded that Odom was the perpetrator of the crime. The court system sentenced him to 22 hard years in prison at the tender young age of 18.

While in prison, he was the victim of multiple rapes from which he contracted HIV.  After 2 decades in prison and a case review, his lawyers were able to cross-reference his DNA with the case evidence. The results clearly exonerated him from the crimes he was punished for.

TO MAKE MATTERS WORSE
The criminal who actually committed the rape and robbery was caught and sentenced the very next year in 1982 for the actual crimes. This means the court system was cognizant that they sentenced the wrong man to prison 1 year before, and had the correct criminal in prison for the exact crime. However, they knowingly allowed Odom to languish in prison for 22 years as an innocent man.

ROBBED OF HIS LIFE
The “justice system” robbed this man of the best years of his life and is culpable of the rape, depression, attempts at suicide, and contraction of HIV which Odom underwent.

Odom has been free for 10 years. He is married, and met his wife in an HIV counseling group. Friday, Feb. 27, 2015, a Washington, D.C. superior court judge awarded Mr. Odom $9.1 million dollars for the time and suffering he was unjustly subjected to.

THE SHAMEFUL JUSTICE SYSTEM
According to the Washington Postarticle, many D.C. attorneys for the city feel $9.1 million is too much money and that he should only be awarded $1.1 million. Their argument is that his case was handled by the U. S. attorney’s office and not the city.

What are your thoughts?