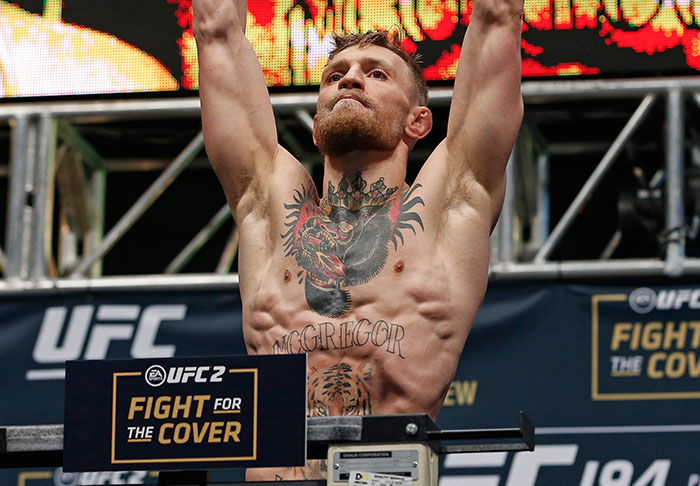 According to latest reports and claims Conor McGregor will fight Nate Diaz at UFC 200 on July 9.

Or that is what the UFC featherweight champion is telling fans on Twitter at least. The ‘Notorious’ made the announcement on twitter and even thanked Dana White, and CEO Lorenzo Fertitta.

Happy to announce that I am BACK on UFC 200!
Shout out to @danawhite and @lorenzofertitta on getting this one done for the fans. #Respect

McGregor had taken a stand on social media, stating he was ‘retiring young’, which led to the UFC dropping him from their bicentennial show, and threatening to strip him of his featherweight belt.

McGregor explained on social media that he never wanted to retire, only to focus on his training camp ahead of taking on Diaz once more.

While official confirmation is yet to surface, McGregor has picked his words carefully on social media of late.