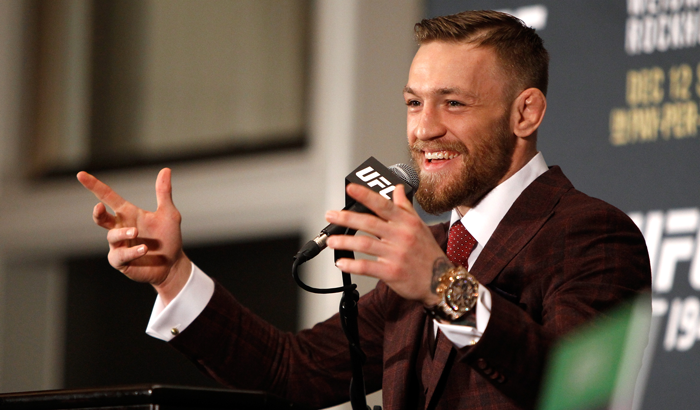 The war between Conor McGregor and the UFC continues….

After McGregor’s tweet about how he’d decided to ‘retire young’, the MMA world was sent into a frenzy of speculation, until UFC President Dana White confirmed that Conor had been pulled from the main event of UFC 200 on July 9 for refusing to fly to Las Vegas to promote the fight this week.

And just hours after McGregor posted a lengthy statement on Facebook clarifying his position, the UFC featherweight champ fired some more shots at the promotion on his Twitter page.

I’ve got my bills paid. My money made. And the entire game slayed. #YourMove pic.twitter.com/wOgbNgUPVd

McGregor tweeted: “I’ve got my bills paid. My money made. And the entire game slayed. #YourMove”

By choosing not to promote the show, McGregor has actually ended up promoting the show.

So, with all the hype now surrounding UFC 200, maybe it’s time for the UFC to reconsider and get McGregor back on the card?