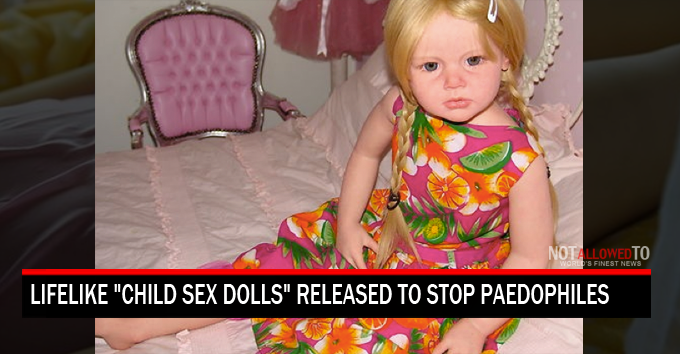 Thousands of people, specially parents, have expressed their “disgust” after a Japaneses company have released lifelike child dolls aimed at preventing paedophiles from offending.

Shin Takagi, the founder of Japanese company Trottla, which manufactures the dolls, claims they prevent paedophiles from acting on their urges and that he is “helping people express their desires, legally and ethically”.

But since the company have released the life like dolls, many people are shocked and condemned those who buy the dolls as “sick” and “creepy”.

Commenting on the news, George Allan said: “Are we sure that making a crime with a doll don’t push them easier to make it in the real world? This is just sick, it’s not a massive step for some sicko who has been practicing on a doll to snatch a kid and try it for real.”

Some people believe and commented that the dolls are a good idea, and that using the dolls would limit any potential harm to a child.

One said: “This Japanese company should be applauded for trying something and actually trying to solve the problem. As long as a person isn’t harming anyone, I think it’s acceptable.”

Mr Takagi, who believes the dolls save children from abuse, said he receives letters from buyers thanking him for creating the dolls, as it helps them “keep from committing a crime”.

Treatments for paedophilia include cognitive-behavioral therapy and chemical castration, but an analysis found these treatments “do not change the paedophile’s basic thinking towards children”.