Not all pranks are funny and these days people hurt others to get laughter. A 4-year-old little girl knows this pretty well after being victimized by two young pranksters.

The mother, Nicole Langmead brought her 4-year-old daughter Kaya to McDonald’s. After nature calls, Kaya asked her mother if she could use the bathroom by herself “like a big girl,” to which Nicole agreed. Before Kaya’s turn, Nicole saw two teenage girls leaving the comfort room, giggling. However, Nicole didn’t mind them, thinking it was nothing. Just after a few minutes the little girl, Kaya ran out of the comfort room, crying in pain and complained that something had hurt her bum. When Nicole checked her daughter, she was horrified to see Kaya’s skin ripped off at the back of her legs. Nicole ran into the toilet and was shocked. Apparently, the two teenage girls she saw earlier poured superglue on the children’s toilet seat, as a prank. 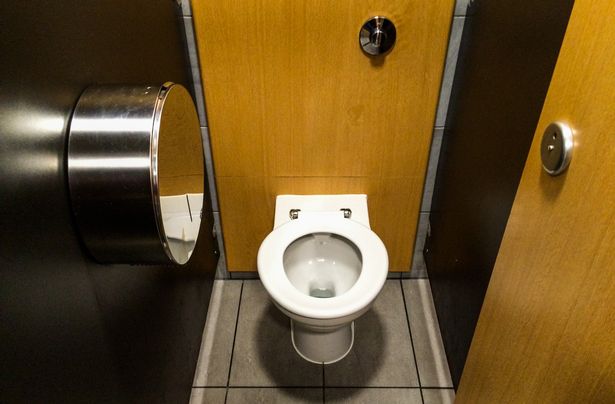 Upset, mother posted her sentiments on facebook: “To the two young blonde girls that thought it would be hilarious to put super glue on the disabled and baby changing toilet in McDonalds, I just want you to know that I’m still having to console my four year old daughter who was unfortunate enough to use the toilet after your little prank.”

“The backs of her legs and bum are red raw after the glue had stuck her to the seat and she has been in tears on and off since.

“I hope you’re proud of yourselves. Your families must be so proud.”

The police had already tracked down the two teenage girls, whom later apologized to the victims.