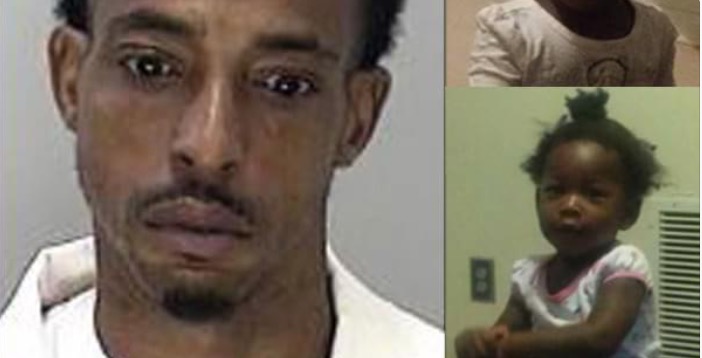 Augusta, Georgia | The city is seething in anger over the brutal beating death of an 18-month-old toddler at the hands of her mother’s boyfriend.

An ambulance soon arrived and transported the toddler to the hospital. Police were called to the hospital because of the noticeable bruising on the child’s face and forehead.

After interviewing the child’s mother and witnesses, police arrested Jamie Shelton Brown on charges of first degree cruelty to children and felony murder.

The body of little girl was sent for an autopsy. It has been determined that the child suffered blunt force trauma to the head, a hematoma to the center of her forehead, multiple wounds to her face, bruising to her eye orbits, abrasions to her nose, a superficial wound to her right knee, and a large abrasion to the left side of her forehead.

Another neighbor said “You could hear Karmen crying, crying, and she says it’s been going on for about three days. He had been hitting that baby and all kinds of stuff.”

Despite this, it seems that the toddler’s mother failed to notice these warning signs of abuse and the criminal history of the boyfriend.

According to police records, Brown has five previous criminal violations, charges for cocaine, disorderly conduct and simple battery. Brown had his first court appearance this past Tuesday.