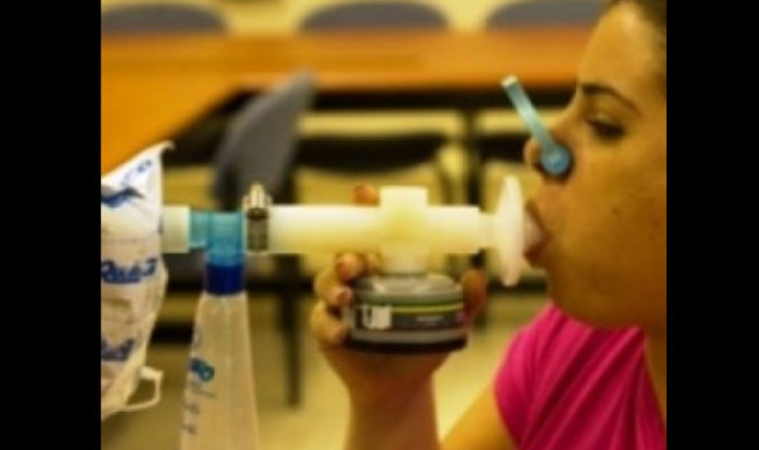 Egyptian authorities have announced this morning the nationwide instauration of gay Breathalyzer technology in all airports before the end of this year.

The new patented technology developed in collaboration with King Saud University in Saudi Arabia can detect trace particles of semen in one person’s breath up to 21 days after any deposit of male sperm in the mouth.

Homosexuality is considered a disease in Egypt and the government’s harsh stance on suspected offenders is to prevent the “disease” from spreading and infecting other “healthy” individuals.

According to Deputy Minister of Health and Population, Maysa Shawky, LGBT members do not officially exist in Egypt.

“There are no specific laws against homosexuals in Egypt because technically homosexuals don’t exist in Egypt” explained Deputy Minister of Health and Population, Maysa Shawky.

“All gay people in Egypt come from the exterior of the country, be it from Israel, Europe or America. Some Egyptians who go study or go to work in those countries, where debauchery and immorality are prevalent, sometimes come back gay,” he told reporters.

“Homosexuality is a national threat to the Government of Egypt’s high moral standards and so must be treated in the same way as terrorism,” he concluded.

The installation of gay Breathalyzer technology in Egypt’s airports will put the country ahead of the Arab league international standards for LGBT civil aviation safety measures, said the Minister of Civil Aviation Sherif Fathy this week, while urging other countries of the Arab League to follow Egypt’s model and commitment to the respect of civil aviation security standards.