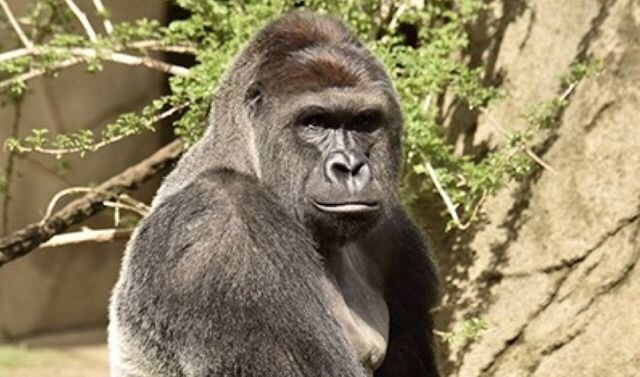 CINCINNATI  | After a 4-year-old boy slipped into the gorilla enclosure on a crowded day at the Cincinnati Zoo, a security team killed the gorilla to save the child. However, according to the latest statements by zoo’s security officer who shot and killed the gorilla, that he was actually aiming for the child when taking the shot.

The zoo said in a statement that the boy “fell into the exhibit’s moat.” A male Western Lowland gorilla was in the yard with the child – and “the Zoo’s Animal Response Team responded to the life-threatening situation and made the difficult decision to kill the gorilla (Harambe).” The team decided that tranquilizing the Gorilla was too risky and slow. A shot was fired by one of the security team members and killed the gorilla, which seemed to be the safest approach to saving the child. However, just a few hours ago, the security team member who killed the gorilla admitted that he was not aiming for the gorilla, he was actually aiming for the child.

“I was aiming for the child”, said the man who took the shot, who asked to remain anonymous, “I wasn’t aiming for the gorilla, the kid was the idiot who fell over, why should the gorilla die? as soon as I took the shot, a f*cking useless fly went in my ear and I ended up hitting the gorilla instead. Say what you want about me, but that gorilla ain’t deserve to die, he was my homie” finished the man. The zoo has since apologized for the mans statement, but also saying that the man had a point.

The child was rushed to a local hospital and according to the zoo, he was alert while transported. Police said the boy was treated for injuries, but non-life threatening injuries.

Do you think the child should have been shot rather than the Gorilla? Voice your opinion on twitter with the hashtag #GorillaOrKid.