UnContacted Amazon Tribe Stare As Plane Flies Over Them 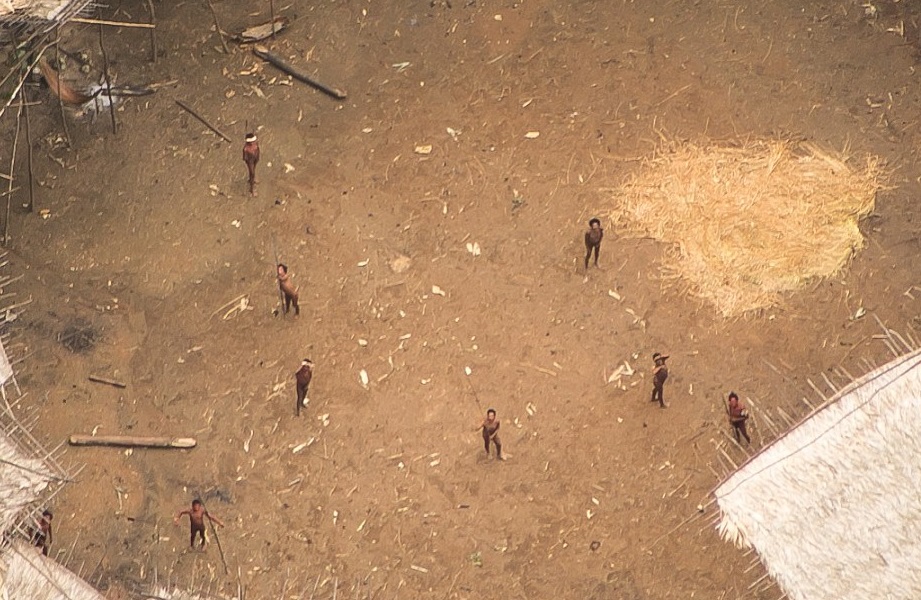 Amazing images capturing the moment an untouched human tribe in Amazon jungle reacted to a plane flying over them shows how some parts of the world remain untouched.

It is believed that tribal community is home to about 100 people. They live in a small village in the Yanomami indigenous territory, which is located in northern Brazil. In the vast area, lives about 22,000 Yanomami, and at least three groups within the population are said to have never had any contact with outsiders.

The tribes are vulnerable to diseases passed on by outsiders and with an estimated 5,000 miners taking over the land, serious concerns have been raised. Following the recent activity from intruders, food and water sources have been contaminated with mercury, leading to severe health implications for the surrounding tribes.

Yanomami shaman and activist Davi Kopenawa told the Daily Mail: “The place where the uncontacted Indians live, fish, hunt and plant must be protected.

“The whole world must know that they are there and the authorities must respect their right to live there.”

The Brazilian government agents are charged with protecting the territory but considering the support is facing dramatic budget cuts, hope for the tribes living in the area remains thin.