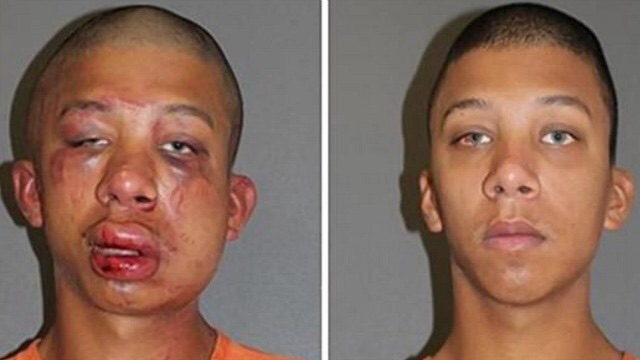 A father in Florida severely beat a babysitter after walking in on the 18-year-old molesting his 11-year-old son. Babysitter has been sentenced to 25 years in prison.

Raymond Frolander, 18, pleaded no contest to lewd and lascivious molestation of a child in Volusia County court on Thursday. Frolander struck a plea deal that allowed him to avoid a life sentence but will be electronically monitored and placed on the sex offender list after he gets out of prison.

When police officers originally arrested Frolander, they found him with a severely bruised face and blood dripping from his mouth. The dad, who is unidentified to protect the identity of his son, had called 911 and said, “He is nice and knocked out on the floor for you.”

“He’s going to learn in the next 25 years why I let him live,” the father told the newspaper.

When asked if there were any weapons at the scene, he simply responded “my foot and my fist,” the newspaper reported.

No charges were filed against the parent in this case. The Daytona Beach police chief said he had no problem with what the dad did, “not as a police chief and not as a father.”