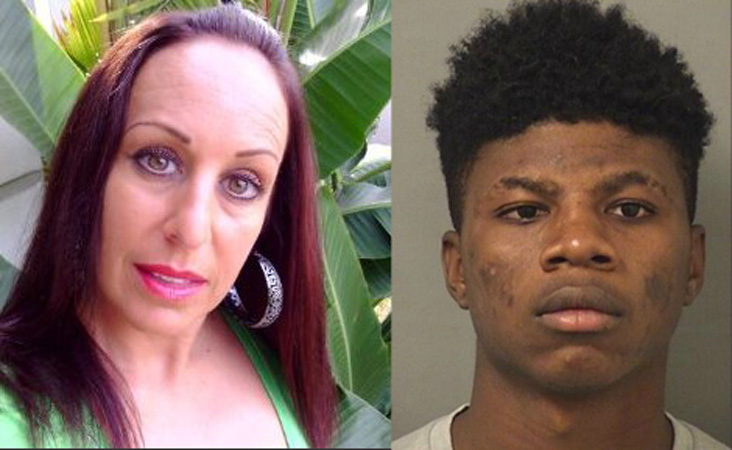 Florida – A high school principal and a student was arrested for smoking marijuana and smashing; after they were notified about a suspicious car parked.

Police said, said a woman and man were in the back seat and a strong marijuana odor could be detected. The woman’s shirt was unbuttoned “exposing her shoulders and part of her chest.

The woman said they were “just friends” and that she had picked him up on the side of the road because she was lonely and wanted to get acquainted with him.

But her 18-year-old companion fessed up and told police he’s a senior at Mavericks High School in Palm Springs — and the woman he was sitting next to, 45-year-old Krista E. Morton, is his high school principal.

Police found a bag filled with marijuana, a lighter and rolling papers stuffed underneath the rear of the passenger seat.

Both were charged with possession of marijuana. Morton was released from jail Thursday; the 18-year-old student was being held there on $1,000 bail.