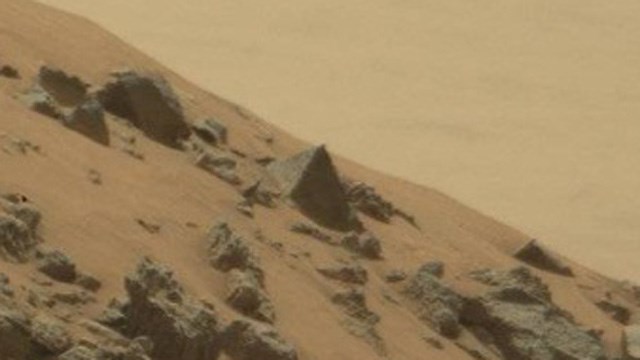 NASA’s Curiosity rover has captured images of pyramid on Mars.

The pyramid is around the size of a car. But others have come to a different conclusion. A YouTube channel is claiming that the picture is proof of alien life.

Some are saying the pyramid is the creation of an intelligent being and therefore it’s possible it was built by an ancient Martian civilization. “Due to the size of the object [which is] about the scale of a small car, I would theorize that the [artifact] is either the capstone of a much larger pyramid possibly buried deep beneath the surface or perhaps a marker stone”, says a Steve Williams a theorist and researcher.

Some viewers pointed out that the mysterious pyramid could have been formed by wind. Some go further, suggesting that we on Earth are descended from this Martian civilization.