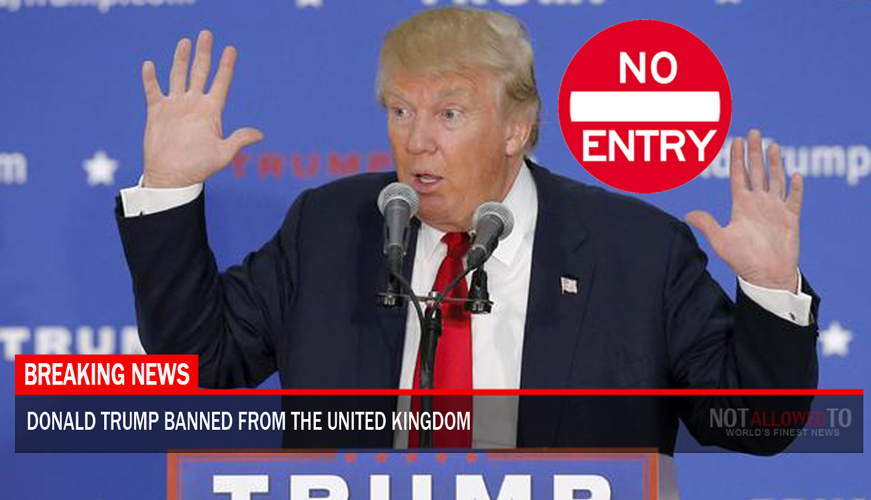 More than 1 Million people have signed a petition asking the British government to ban Donald Trump from the United Kingdom on the grounds that his proposal to ban Muslims entry to the United States qualifies as hate speech.

“The U.K. has banned entry to many individuals for hate speech,” the petition reads. “The same principles apply to everyone who wishes to enter the U.K. If the United Kingdom is to continue applying the ‘unacceptable behavior’ criteria to those who wish to enter its borders, it must be fairly applied to the rich as well as poor, and the weak as well as powerful.”

U.K. free speech laws differ significantly from those in the United States. Hate speech laws, in particular, stand out because the the U.K. put greater limits on acceptable speech and prosecute those who violate laws against expressions of hate.

Insults that cause distress can result in a six month imprisonment or, more often, fines and probation. For foreigners, the laws can mean a ban from the country.

Banning entry of a multi-billionaire businessman and a leading U.S. presidential candidate is an unprecedented move.