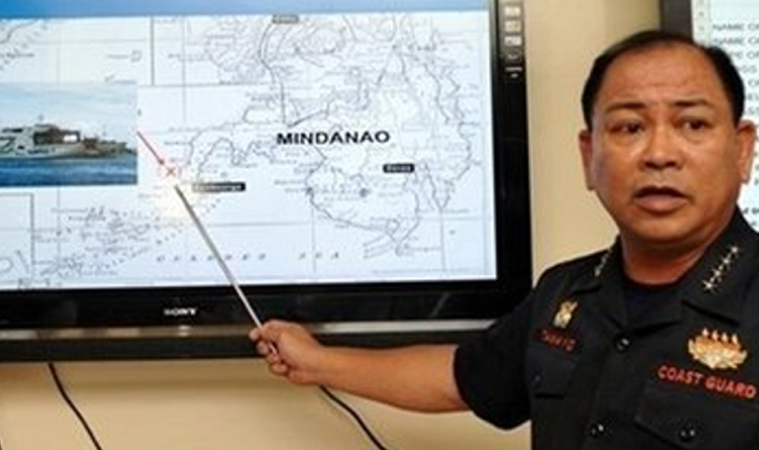 A cruise ship carrying 179 passengers and crew-members is reported missing near the southern Philippine island of Mindanao after presumably being attacked by an unidentified sea creature.

The Star of Manilla, an ocean liner belonging to Pacific Sunshine Cruises and carrying 155 passengers and 24 crew members, sent a distress signal and several radio messages around 2:30 AM this morning before suddenly disappearing.

According to the Philippine Coast Guard Commandant Admiral Wilfredo Tamayo, the ship reported being attacked by a “large snake-like creature”.

“The crew reported being attacked by a creature twice as long as their ship. They begged for help, saying a gigantic snake was trying to sink the ship.”

Admiral Tamayo said that two BO-105C helicopters and a San Juan-class patrol vessel were immediately dispatched to the ship’s last known location, but found no sign of the ocean liner.

“The first helicopter arrived on the site less than an hour after the last radio message, but the ship had completely disappeared. It’s almost impossible for a ship this size to sink this fast, something must have dragged it under. ”

The Philippine Coast Guard and Marine have organized a large-scale operation implicating more than 20 ships and a dozen aircrafts to search for signs of the ship.

Some experts have suggested that a sea snake would need to be more than 300-meter long and weight more than 50 tons to be able to sink a ship of this size, while the largest specimen ever recorded was barely 17-meter long.

Many experts and journalist have manifested their skepticism concerning the Philippine authorities’ version of the events.

A few Australian reporters have even suggested that the Philippine government may be covering the fact that the ship was hijacked by pirates.