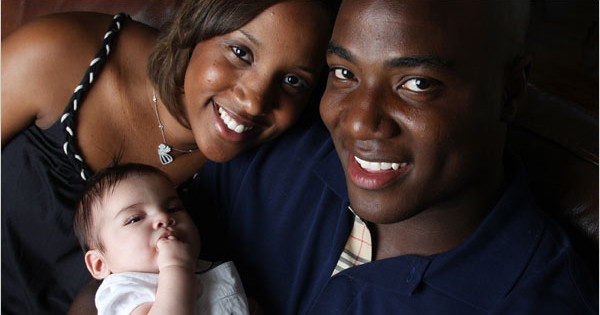 A young couple from had the surprise of their life yesterday morning, when they moved into their new apartment in downtown Detroit and found an abandoned baby.

Reportedly, When the couple entered their new home, Tyrone Wallace and Latifah King found a newborn baby, wrapped in blankets in a cardboard box in the middle of their living room.

They rapidly contacted the authorities, believing that the previous tenants could have somehow forgotten their child when they left. But they learned that the apartment had been unoccupied for more than six months, and that it had probably been used by squatters over the last few weeks.

“When we saw this baby in the middle of the living room, we thought we were dreaming,” Ms. Jones told CBS. “We have always wanted a child, but unfortunately, I can’t have any. And now, we find this little angel. This is certainly a sign from God that we have to take care of her.”

The young baby girl was taken to the Children’s Hospital of Michigan for a medical exam and will be entrusted to the Child Protective Services for the moment, but the couple who saved her has already filed a demand to adopt her.

The baby appears to be 3 to 8 weeks old and is pretty healthy, suggesting that she was abandoned less than 24 hours before she was found.

The Detroit Police Department is asking for help from the public, hoping to find the girl’s parents as soon as possible.