While most dads are proud and happy for their son when they hook up with a woman, the situation one father was put it might make you think twice! 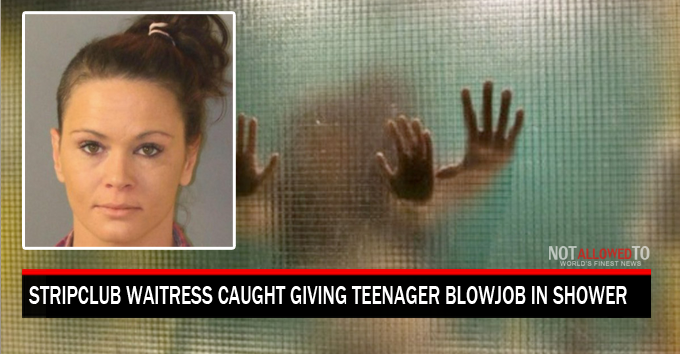 FLORIDA | A woman has been arrested after she was allegedly caught in the shower with her friend’s 15-year-old son — by the boy’s father.

Ciara Danielle Stokes, is in custody on a charge of lewd and lascivious act on a child following her arrest Feb. 11, according to the Baker County Sheriff’s Office. 29-year-old stripclub waitress stopped by a friends house around 10:30 p.m to use their shower, as water had run out at her own camper. While there, Ciara and the friends 15-year-old son watched television before she invited him to join her in the shower..

“We jumped in the shower together, and things quickly got hot. I have never been put in that position before and I didn’t know how to get out of it,” the teen told police.

Things got loud while she was giving him a head, and his father was eventually woken up! He barged into the bathroom and ask her to leave.

Her excuse for the situation? That she was extremely drunk and doesn’t remember “everything” they did, but does remember kissing him.