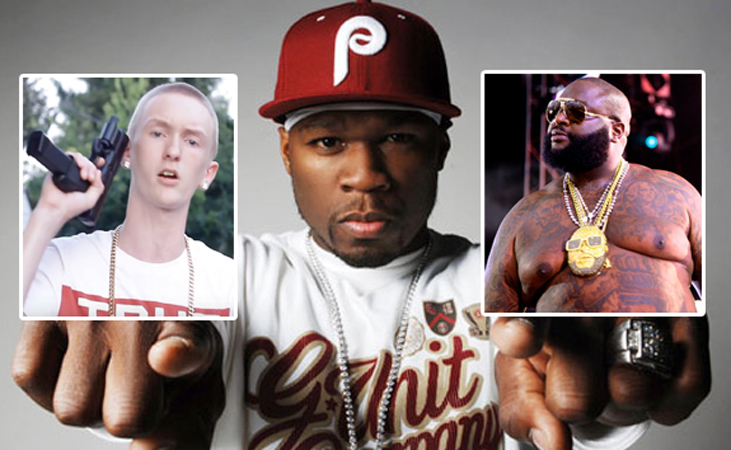 50Cent – “Slim Jesus is more real than that fake Rick Ross, atleast Slim Jesus is honest about himself and ain’t lie about it, I can respect that.”


“That fake fat f*ck stay running his mouth after he paid me a cool million to lay off his ass, now he talkin bout I’m broke? He must be Smokin crack with Gunplay”

“What we really need to be asking is how he lose all that weight and why are his medical records sealed in his robbery case? Yeah I know what time it is but I’ll save that for later like this tape I got of him walking across the stage receiving his diploma from correctional officer school.” said 50 Cent in an interview.

The beef between 50 Cent and Rick Ross is old news but was brought back to light in a recent interview where Ross claims 50 is struggling financially.

Ricky Ross has offered Ohio Drill rapper [Slim Jesus a deal with his MMG label for 2 Million] which the King of beef 50 Cent replied:

“I mean that boy Slim Jesus is more real than fake ass Officer Ricky talkin bout he the biggest drug dealer in Miami but he was a correctional officer, atleast Slim Jesus is honest about himself and ain’t lie about it, I can respect that”