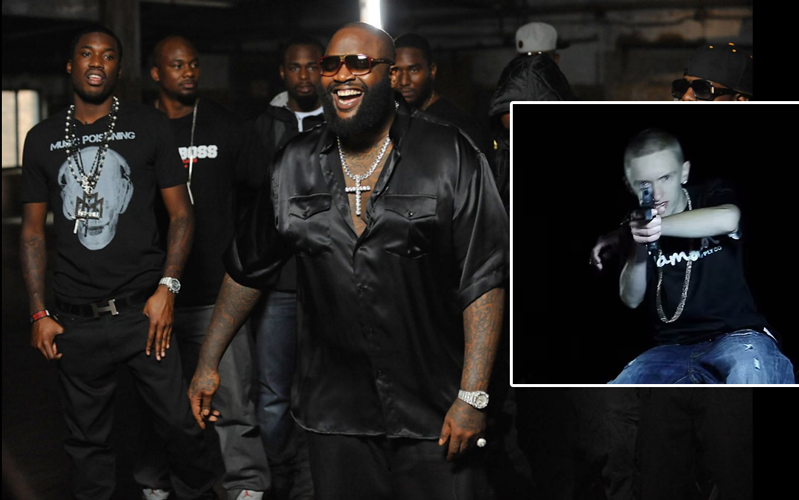 Maybach Music Group (MMG) is a record label imprint founded by American rapper Rick Ross. The label is home to artists such as Ross himself, Wale, Meek Mill, French Montana, Omarion and Gunplay among others.

“The future of white people co-opting black culture for profit.”

“If there’s one thing that scares white people, it’s black people with guns, but white people love guns and if they see a white kid holding a gun, that’s something they’re comfortable with.

Smith and Wesson and Sturm, Ruger, and Co. are already in a bidding war over sponsorship. The first Slim Jesus album “Second Amendment” is scheduled for release in next 3 months.