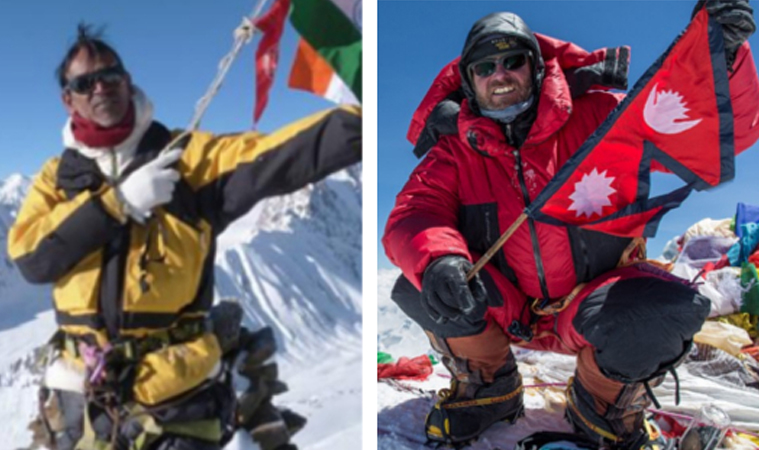 Two members of an expedition attempting to reach the 29,028-feet-high (8,848 meters) summit of Mount Everest are reported missing after their group was attacked by a large hairy creature resembling a Yeti.

The group of eight experimented climbers was trying to make the ascent from the South Col route on the Nepalese side of Mount Everest, an incredible feat for any mountaineer.

They had already climbed almost two-thirds of the mountain when they were suddenly attacked by a large ape-like creature.

Six members of the expedition were able to flee have returned safely to their previous camp, but two of the climbers are reported missing.

37-year old Indian climber Gopal Nandi and 31-year old German Christof Hönigman were unable to follow the rest of the group as they were the main targets of the creature’s attack.

Both men are believed to be severely injured or dead, and a search party has already sent in order to find them.

According to Hans Wittman, a Dutch member of the expedition who related the attack in a video that was sent to emergency services, their aggressor fitted the description of the legendary Yeti.

“It was a lot taller than me and was covered with white fur. Its facial features were part-bear, part-ape… I’d never seen anything like this.”

41-year old American James Wallace, who is also visible in the video, says the creature was incredibly strong and aggressive.

“It appeared out of nowhere and jumped on Christof. The creature punched him and he flew more than 100 feet lower. Then, the monster looked at us and growled incredibly loud, so we all turned and ran.”

In the folklore of Nepal, the Yeti or Abominable Snowman is an ape-like creature that is said to be around 8-foot-tall and inhabit the Himalayan region of Nepal, Bhutan, and Tibet.

Since the 19th Century, many climbers have reported seeing tracks and a few have even reported seeing this evasive creature, but it’s the first time that such a creature has ever attacked climbers.

Many locals are already speculating about the possible causes of the attack, and most residents of the region seem to believe that the climbers found themselves too close to the creature’s lair.

Most experts, however, say the group was most almost certainly attacked a Himalayan brown bear, a critically endangered species with an appearance that fits the physical description of the aggressor