Home » News » Zombie-Like Attack At Walmart, As Man Tries To Eat His Victims

Zombie-Like Attack At Walmart, As Man Tries To Eat His Victims 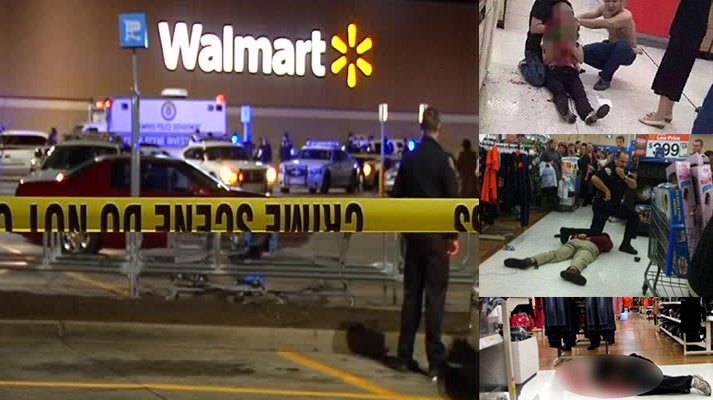 “I saw three other men, who ran in to try to save the victims, but then they became victims,” said Rachel Michelin who was shopping in the store at the time of the incident. “Every time someone stepped in to help, he bit into them with his teeth. It was absolutely terrifying.”

Walmart shoppers were eventually able to subdue the violent man and restrain him until police arrived. In total, six people were bitten and one was taken to the hospital in critical condition due to a severed artery in the neck.

The attacker, who still has yet to be identified, is assumed to be homeless and is currently being held at a Tennessee psychiatric hospital. There is no word yet on whether or not drugs played a factor in this incident.

This incident comes just two days after a man collapsed and died aboard an Irish aircraft after biting another passenger.  The man was said to possibly be on “methamphetamine” when he became frantic and began biting into the flesh of another passenger on board.

Unfortunately, authorities say they have seen an increase in these types of attacks, calling them Zombie-Like assaults.