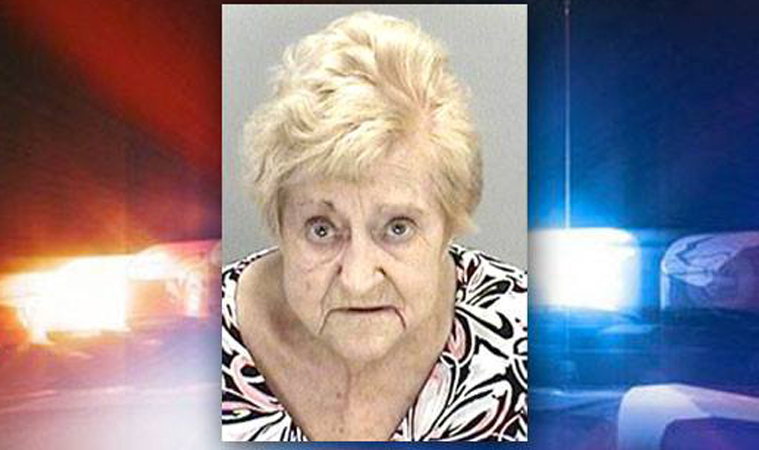 INDIANA – A 68-year-old man is lying in critical condition in Hospital after his wife shot him for walking on the kitchen floor she had just mopped.

Harry Einstein, a Vietnam War veteran, has refused to press charges claiming his wife, that suffers from dementia, is a good wife and that it was his fault because he “had left the gun lying around.”

“She’s a good wife, a bit psychotic at times, but aren’t they all?” he told reporters jokingly.

It’s a good thing she can’t shoot because she was aiming for my heart and shot me in the liver instead,” he said, visibly unshaken by the latest events.

Although Harry Einstein’s liver injury necessitated the man be put temporarily under an artificial coma for emergency surgery, doctors believes he will be up and walking again in few weeks.

“This old man is tough as nails. I can believe it when he says he came back alive from the Korea and Vietnam war.” he said, visibly impressed by the old man’s sturdiness.

Although Mr. Einstein would not press charges against his own wife, state prosecutors felt obliged to evaluate the woman’s psychological state in court.

“I warned Harry that I’d shoot him if he walked on the wet floor but he just didn’t listen,” she told the judge.

“It’s self-defense,” she argued in court. “He asked for it!” she added, visibly unregretful.

Harry Einstein explained that his wife suffered from sporadic episodes of dementia but that she was still able to do the chores and cook, and that’s all he cared about.

“Give me some commies to shoot at and I’ll do a killing,” said the former US army sniper to the judge. “But leave me alone in a kitchen and I can’t even make myself a bowl of soup,” he said laughingly.

Although the judge declared the state of Einstein’s wife unstable and “possibly dangerous to herself and others”, he agreed to drop charges under the condition that Mr. Einstein was to keep his weapons locked properly away from harm’s length and asked that his wife be evaluated twice a year for her psychological condition by their family doctor.