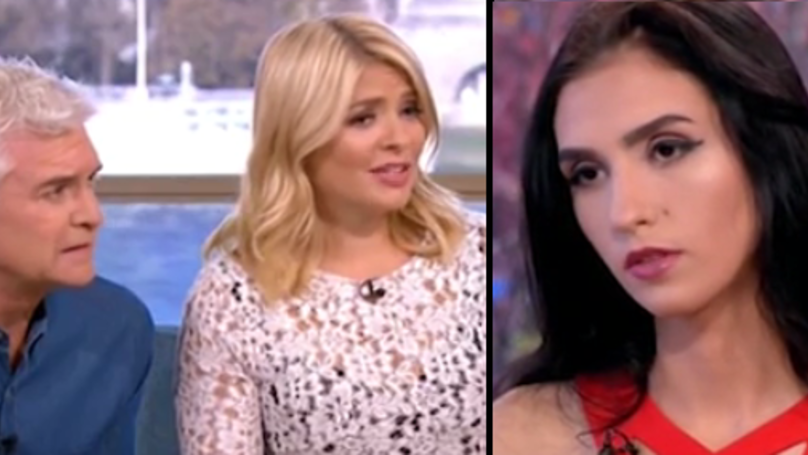 18-year-old Aleexandra, shocked Holly and Phil when she told them she plans to sell her virginity for £1million to buy her parent’s house as they’re about to be evicted.

She also plans to use the money to fund a degree, as you do. She went on the ITV daytime show today to talk about the sale and her reasons behind it, as you can see here.

“Many girls have lost their virginity and they break up with the guy, so it’s for a really good cause.  I want to go to Oxford University, I live in a poor country and I need to help my parents. They get evicted in February.”  – Aleexandra, told the hosts.

She explained that the £1m transaction is being set up via an agency and that her parents aren’t aware of it – they probably are now that she has been on national TV.

Phil went all dad on Aleexandra, as he asked her if she’d thought about the health aspects and the potential danger involved.

Lovely Holly seemed concerned for the woman and questioned how she would feel afterwards. Aleexandra said that it would be fine, because its ‘strictly business, not emotional’.

“I will just drink a glass of wine and go through with it,” she said.

People couldn’t believe what they were hearing, with many expressing concerns for the young woman and others calling out the agency for acting like a pimp.