A woman was so desperate to be a mother that she decided to do the unthinkable. 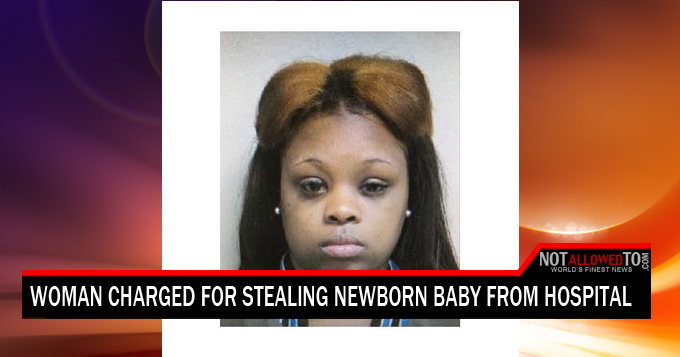 According to police report, On April 23, Police investigators were called out to St Francis Hospital in reference to the kidnapping of an infant child.

Investigation revealed that a black female later identified as Anquinisha Cummings, entered a hospital room that was occupied by a three day old infant, and his mother.

Reportedly, Cummings told the mother that a mutual friend had sent her there with a baby bag. They talked for a little while when the mother went to use the bathroom; during this time the child was in the bassinet. When the mother returned from the bathroom Cummings and her newborn child were gone. It was at this time that the hospital staff, security, and police were notified.

During investigation, an employee at the hospital recalled dealing with a patient that was talking about a child or pregnancy issues. This individual was identified as Anquinisha Cummings. The attempts immediately began to locate the suspect.

A warrant of aggravated kidnapping of a child was signed but investigators were unsuccessful to locate Cummings. On the afternoon of April 24, 2016 Anquinisha Cummings surrendered herself to the Monroe Police department.

She was arrested and booked into the Ouachita Parish Correctional Center with no bond.