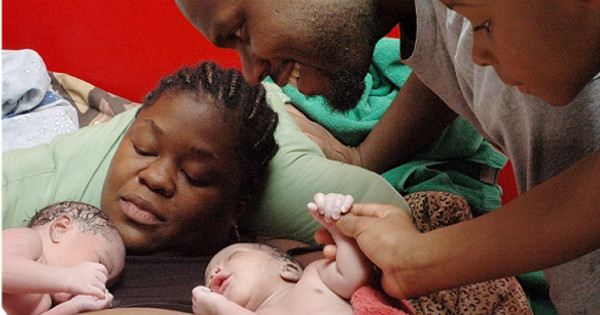 A South Carolinian family made headlines today after giving birth to twins and naming them Donald and Trump.

According to reports, the twins were born this morning at Grand Strand Medical Center, only hours before South Carolina’s Republican voters will show up to the polls across the state to cast ballots in the GOP’s third presidential nominating contest.

“We weren’t planning on naming them after Donald Trump at first, but it is clearly a divine sign that our next president shows up in our state on the day my little sunshines are born” explained Latifa Huxley, proud mother of the two. “Donald Trump is a bright and successful man with strong moral values that represents what America is all about.” she told local reporters, visibly emotional.

The family strongly believe the timing of the South Carolina GOP primary with the birth of their twins is no coincidence.

“It is truly a blessing and a God-given sign” says Damian Huxley, father of the twins. “After all the division Obama has brought upon this country, it is a great privilege to have my children born on this auspicious day,” he explains with pride. “I don’t care if my president is black or white, all I know is that Trump is a man of his word and we believe him when he says that he will make America great again,” he adds.

Although Donald Trump was not available for comments, Donald Trump’s campaign supervisor, Adam Goldberg, was enthused by the news.

“I think Americans are ready for real change. Eight years of Obama in the White House  has left the American dream in shambles and Americans want a president that will unite the country and make things better as they used to be. These twin babies will one day be very proud to be named after a great man and a great leader that will spare no expense to make America great again,” he told reporters when joined by phone.

Recent polls show Donald Trump maintaining a wide lead in the South Carolina primary with Ted Cruz and Marco Rubio in a fight for second place.