The young woman was surrounded by a cheering crowd as she performed the oral-services on three men on club’s dance floor – she was also caught on CCTV.

The woman was on her knee’s at the upmarket nightclub, Nubu, and was filmed by numerous drunken revellers who were all shocked to have seen such sights.

One witness told The Sun:

There must have been a couple of hundred people in the club and the dance floor was packed at about 2am. The girl, who was about 20, was a bit chubby and wearing a black dress.

She was dancing with a group of mates when she suddenly just dropped down on her knees and got on with it. The guys involved were loving it, and when people noticed a crowd gathered around and there was loads of cheering and whooping. 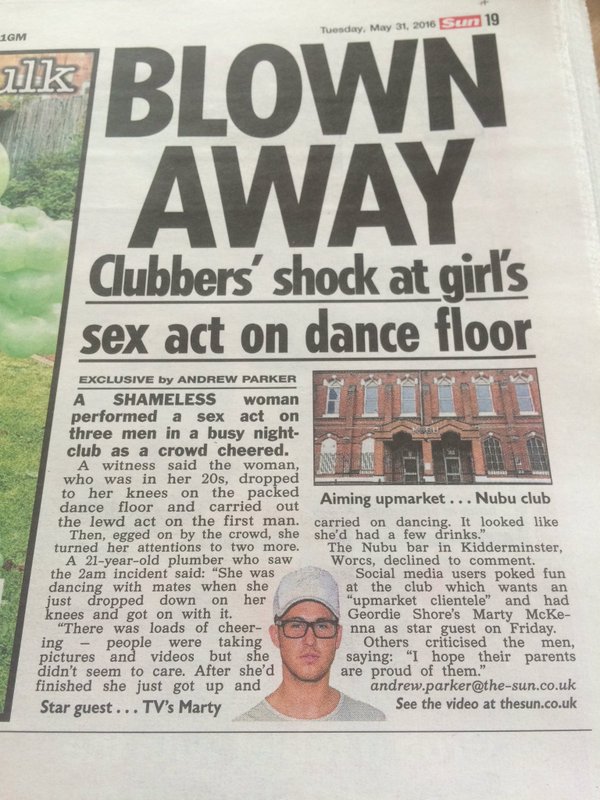 Others criticised the men, saying, ‘I hope their parents are proud of them’.