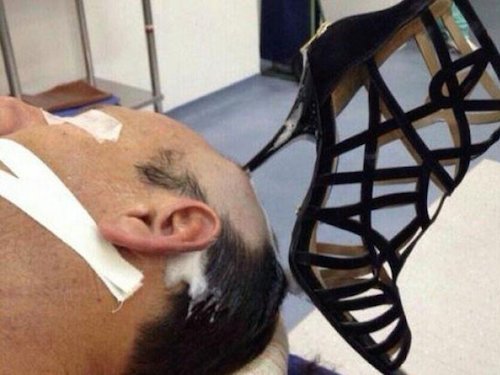 A man was hospitalized after his wife stabbed him with the stiletto heel from one of her shoes during a dispute.

Doctors said this was the first time they had ever seen something like this, but it doesn’t sound like any of them are too worried about it.

We’re not sure what the argument was over, but it’s safe to say that the man’s wife probably overreacted. And if the guy wasn’t thrilled about being bald before getting a high-heeled shoe lodged in his dome, odds are he’ll be even more self-conscious about it now.