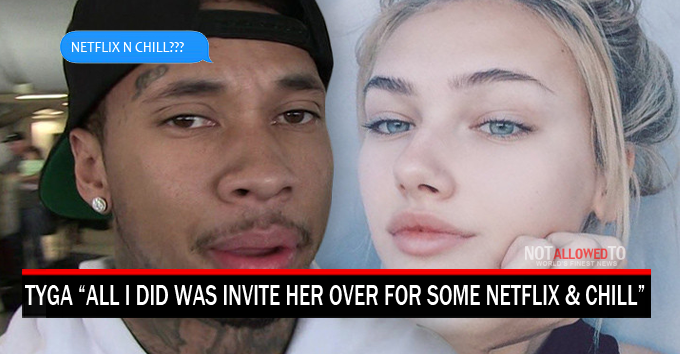 Teen model Molly O’Malia broke down in tears about rapper Tyga and claimed that Kylie Jenner’s boyfriend had sent her unwanted messages.

Tyga’s rep told us, “the rapper reached out to 14-year-old after his team found out she had a pretty strong musical following online and thought she might be a candidate for his new project …

“All I Did Was Invite Her Over for some Netflix & Chill” and discuss about our project in person, that’s not illegal I mean I thought that’s what she would like to do”

The manager says in the back and forth Tyga specifically asked her to send him some music, adding things never got “uncomfortable” as she claimed. The rep says Tyga wanted to FaceTime Molly to talk business and see her sing … as he sat in the studio with his producers. 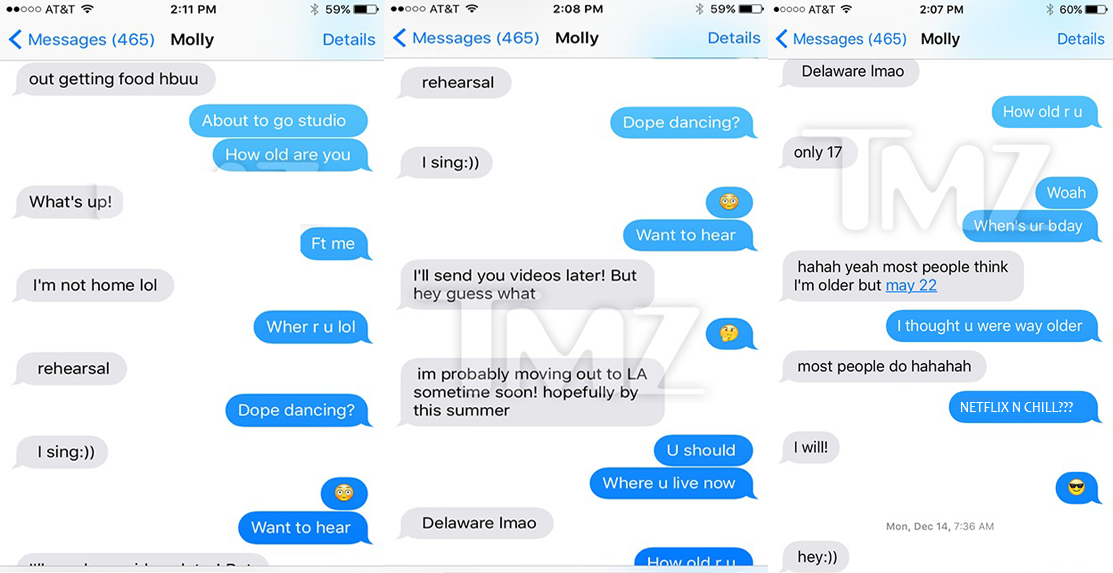 O’Malia alleged that she became “uncomfortable” when Tyga wanted to speak on FaceTime. “He asked me to FaceTime three times, but I did not do it,” she continued. “It’s crazy how so much can come out of nothing.”

Gloria Allred held a news conference with O’Malia Monday, saying an article by OK! made her the target of attacks for allegedly getting between Kylie and Tyga.