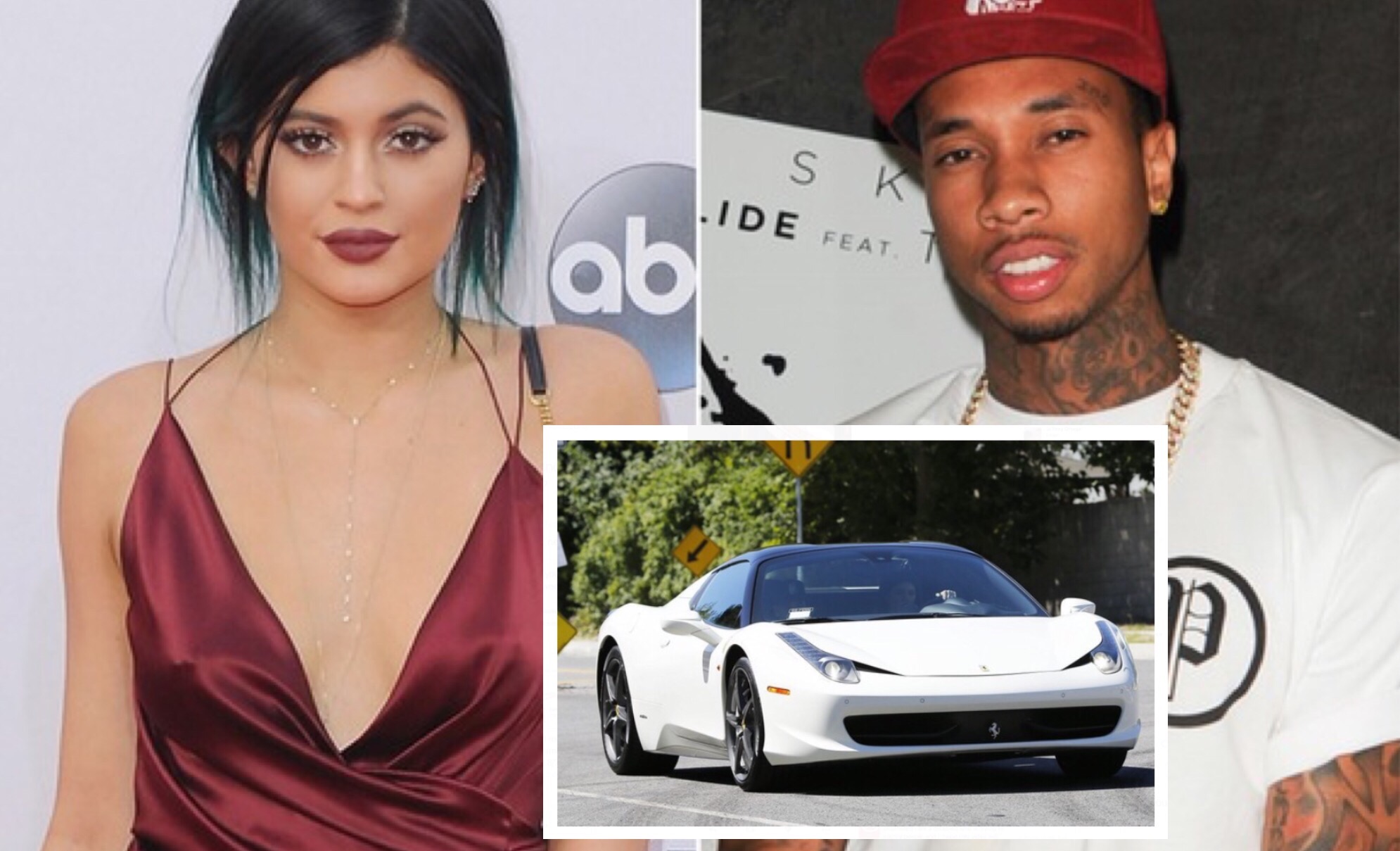 HOLLYWOOD – Recently Kylie Jenner broke up with Tyga on his own birthday, everyone is wondering what had happened? Sources reports, Kylie Jenner dumped Tyga after he had apparently sold the Ferrari he gave Kylie for her birthday.

On Tyga’s birthday when Kylie Jenner came back from her trip to Australia her Ferrari was nowhere to be found, she later learned that Tyga had sold the Ferrari without her permission so he could pay child support.

Kylie Jenner, disgusted by Tyga’s actions, simply dumped him and even tweeted out about the drama.

Tyga sold the Ferrari for $200,000 while Kylie was in Australia and reportedly attempted to lie to Kylie by telling her it had been stolen. But after investigation, she learned the truth.

Why would Tyga sell the Ferrari he had given Kylie for her birthday? These questions are yet to be answered.