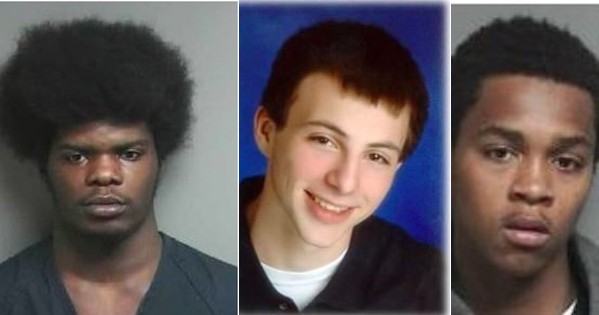 Every day a white person falls victim to violent thugs, hellbent on retribution from crimes committed hundreds of years ago. Though, if you listen to anything the Left whines about today when it comes to race, you’d think slavery in this country was still taking place.

The mainstream media always make it look as if white on black is a major problem in United States. However they are ignoring numerous black on white crimes.

MICHIGAN – Alexander William Burkart,22, was sent to deliver pizzas in  in Mount Clemens. When he arrived at the home to deliver pizzas, two teenage thugs Cates and Arnold allegedly stabbed him to death before he was able to exit his vehicle.

Police found his car crashed on the side of the road with Burkart lying inside dead from multiple stab wounds.

Deandre Lee Arnold, 18-years-old, was arrested early Sunday morning after homicide investigators recognized him from video surveillance near the murder scene. Arnold has been charged with Felony Murder. He is currently held without bond in the Macomb County Jail.

You know it’s going to happen. Though, what were to happen if white people were to start protesting in the streets, causing millions of dollars in damage? Obviously they’d be called racists, right?