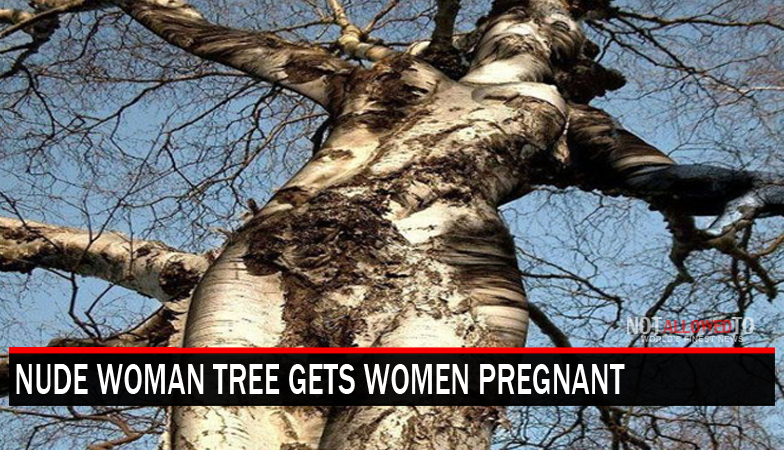 NORTH CAROLINA – A tree that has stood in the Westfield Park in Billings, for over 100 years is reportedly one of the most incredible trees in the world. While most trees just give life through oxygen, this specific tree can apparently give a completely different kind of life, as women who have visited and touched the tree have reported immediate instance of pregnancy.

“It was the strangest thing, honestly,” said Marsha Smith, 22. “My boyfriend and I visited the tree, and we were sitting underneath. He commented how crazy it was that it looked like a naked woman, and that he was strangely turned on by it. One thing lead to another, and we went at it right there under the tree. Anyway, before we left, I walked over and put my hand on the tree, and a few weeks later I found out I was pregnant!”

Other women have also reported that they too were impregnated by the tree, which locals have dubbed “The Tree of Life.”

“I went up to the Tree of Life, and I touched her and said a silent prayer that maybe I could get pregnant,” said Eileen Dover, 24. “My husband and I had been trying for over a year, and no go. I went home that day and felt a little ill, so I took a pregnancy test, and it was positive, so it was truly a miracle!”

Researchers say that the tree itself is probably not magical in any way, and that women just need to better understand how babies are made.