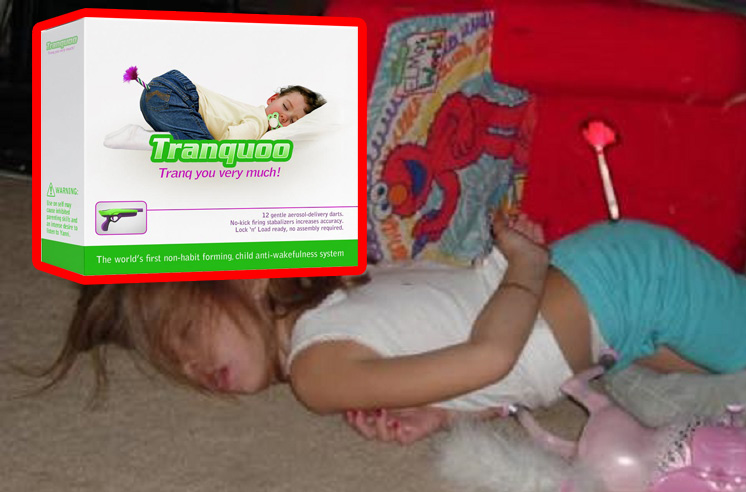 These dart guns are capable of putting a child to sleep in less than 4 seconds and reportedly has no serious long-term effects on the health of children.

These dart guns are specifically created for parents with children suffering from ADHD, have a practical range of approximately 10 to 12 feet (3 to 4 meters) and their effect is meant to last for a period of 4 to 6 hours per injection.

The organization Mothers against Drugs, qualified these darts as a “very dangerous solution” and has filed an application for review of the decision in court.

“It is simply ridiculous and completely unacceptable to think that we will start shooting our children with guns and injecting them drugs ourselves” says Martha Brown, the vice-president of the organization.

“You might as well use a taser gun while you’re at it” she told reporters during the press conference.

Despite the significant controversy surrounding the release of the product, the product should be available in drug stores around the country this summer.