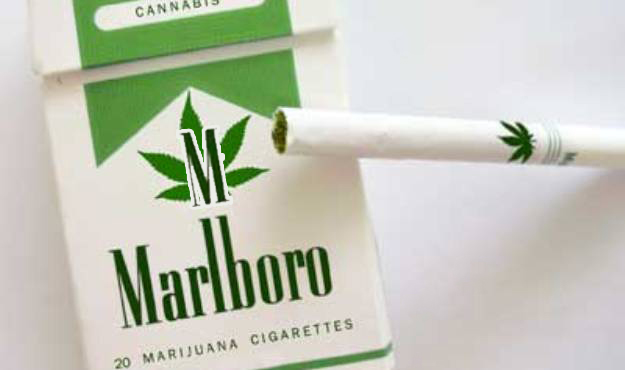 Serafin Norcik, Phillip Morris’ Sr. Vice President for Marketing said in an interview that the company has been high on the idea of marketing cannabis, and has been monitoring the market for some time. It was only when the recent legalization initiatives — winning in Colorado and Washington — that they finally made the decision to take a leap of faith.

Norcik added that they have begun contacting former drug lords in Mexico and Paraguay, currently the largest marijuana-producing countries in the world, for the possibility of setting up a distribution ring across the North and South American continents, to streamline the supply lines.

Phillip Morris also has set aside a huge $15 billion advertising budget just to promote the new “Marlboro M” and are now negotiating with major networks and publishers, to start marketing the product to consumers.

Norcik also revealed that a big push is planned around January next year. Phillip Morris shares hit an all-time high on the marijuana news and shot up to $420.00 from $83.03 just a few hours after the announcement went public.